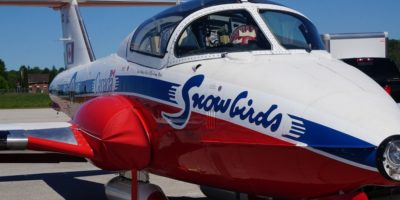 Barrie is bringing back the airshow.

City Council gave the initial nod to bringing back the popular waterfront attraction this summer, after the 2017 show saw great success. The Canadian Forces Snowbirds may be making a repeat appearance at this year’s performance too.

The pricetag for this show is approximately $125,000 of which Barrie will cover about $65,000. The Barrie BIA has expressed interest in covering some costs too.

In June of 2017, over 40,000 people attended the Barrie Air Show as part of the city’s Canada 150 celebrations; the free-to-attend event garnered great positive feedback, while many downtown businesses reported reaping benefits from the increased visits to the downtown area.