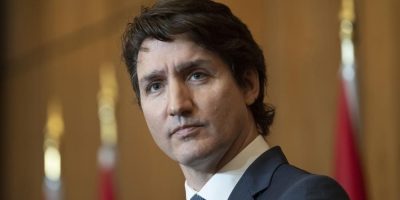 Prime Minister Justin Trudeau says the government can revoke the powers in the Emergencies Act now that the crisis in Ottawa and at Canada’s border crossings has calmed down.

“We are confident that existing laws and bylaws are now sufficient to keep people safe,” Trudeau told a news conference Wednesday.

“I want to reassure Canadians: law enforcement agencies are prepared to deal with anyone engaging in unlawful or dangerous activities.”

Trudeau invoked the Emergencies Act, which replaced the War Measures Act in 1988, for the first time last week, saying police needed extra help to end protests against COVID-19 restrictions that had occupied downtown Ottawa for weeks and spread to key Canada-U.S. border crossings.

On Monday, Trudeau said the time-limited, extraordinary powers granted by the Emergencies Act were still needed because his government was worried about blockades returning.

Trudeau said Wednesday the threat remains, but order has been restored.

Justice Minister David Lametti said the emergency powers, which were set to expire mid-March at the latest, will officially end when the Governor General signs a proclamation to revoke the act.

Regulations under the Emergencies Act granted powers to turn tow trucks into essential services, require banks to freeze accounts of people participating directly or indirectly in the protest and designate no-go zones for public gatherings, including Parliament Hill, border crossings and other areas deemed to be critical infrastructure.

Police in Ottawa used those powers over the weekend to push demonstrators out of the core in a massive, multi-day operation.

Downtown Ottawa remains under heavy police supervision. Checkpoints throughout the core, where the parliamentary precinct and surrounding streets are fenced off, are expected to remain throughout the weekend.

Conservative interim leader Candice Bergen, a staunch critic of the government’s decision to invoke the emergency powers, questioned Trudeau’s decision to revoke them now — after defending their continued use only days ago.

“Nothing has changed between Monday and today other than a flood of concerns from Canadian citizens, bad press and international ridicule,” Bergen said in a statement.

“Trudeau introduced it in the first place for his personal political gain. He revoked it now for the very same reason.”

Alberta and Saskatchewan’s premiers agreed the act never should have been invoked in the first place.

Alberta Premier Jason Kenney said there never was an emergency that required the extrajudicial powers afforded under the act, called the invocation an “abuse of power” and said the province would move ahead with a judicial review into the federal government’s use of the legislation.

There were multiple border blockades in place when the prime minister invoked the act on Feb. 14, but most had been cleared by the following evening when his government published cabinet orders spelling out the specific powers it was establishing under the act. Unrest continued at that time in downtown Ottawa, however.

Though the act’s powers are no longer in force, the precedent the government set by invoking the legislation remains, the Canadian Civil Liberties Association said in a statement.

The CCLA pledged to fight the government’s use of the act in court, and said Wednesday it’s still important for the court to weigh in as a guide to future governments.

The House of Commons passed a motion to approve the measures under the act Monday evening, with the NDP voting in favour alongside the minority Liberal government.

NDP Leader Jagmeet Singh had warned that his party would pull its support for the Emergencies Act as soon as it decided the measures are no longer necessary.

The Senate began debating a motion on the act Tuesday, but adjourned the discussion Wednesday after the prime minister’s announcement.

Conservative Sen. Leo Housakos said he’s relieved for the people of Canada that the powers have been revoked but disheartened by the damage that has been done for the sake of Trudeau’s “politicking and legacy building.”

“Sadly, despite the PM’s attempted victory lap, nobody is a winner as a result of his actions,” he said in a statement.

The integrated command centre, including Ottawa police, the Ontario Provincial Police and the RCMP, will continue to operate for an indeterminate amount of time, the RCMP said in a statement Wednesday.

The RCMP gave a list of influencers in the protest, as well as people who refused to move their vehicles from Ottawa’s court, to financial institutions.

On Tuesday, Isabelle Jacques, the assistant deputy minister of finance, told a House of Commons committee that a total of 206 accounts involving $7.8 million were affected.

She also said the RCMP sent information to banks Monday about people whose accounts should no longer be affected.

The power to freeze accounts will end once the act is officially revoked. Finance Minister Chrystia Freeland warned some accounts will remain frozen under the regular authority of the courts, law enforcement and financial institutions.

Ontario Premier Doug Ford’s office said Wednesday the provincial state of emergency to deal with anti-vaccine mandate blockades would be revoked to align with the federal government. The premier’s office said “emergency tools” provided to law enforcement will stay in place for now to address ongoing activities.

Trudeau said that an inquiry into the circumstances that led up to the use of the emergency legislation, which is a requirement under the act, will take place within 60 days.

“It could look at policing,” he said.

“The inquiry could also examine the funding, influence and disinformation that supported the illegal blockades and occupations, both foreign and domestic.”

This report by The Canadian Press was first published Feb. 23, 2022.