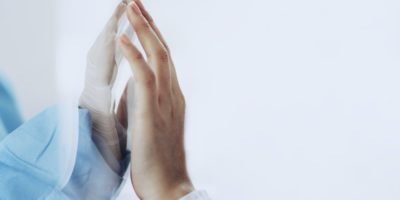 As some provinces begin reopening their economies Monday, Canadian health officials reported 59,844 confirmed cases of COVID-19 and 3,766 deaths from the virus.

Chief Medical Officer of Health Dr. Theresa Tam says 919,368 people have been tested so far. Canada’s top doctor was asked when Canada will get to 60,000 tests a day? Dr. Tam said 60,000 is the capacity target based on existing laboratory testing, but “it’s not a magic number, adding they’re constantly monitoring “every bit of the supply chain” every day.

Duclous also noted that 518,000 businesses have applied and been approved for the Canada Emergency Business Account (CEBA) – which will provide interest-free loans of up to $40000 to Canadian small businesses and not-for-profits.

Health officials: Where did the virus start?

Canadian health officials were asked where the virus came from? This comes after US President Donald Trump claimed the coronavirus outbreak started in a Chinese laboratory. Dr. Tam says those questions are being asked “rightfully” so.

“Certainly, the research and science community is all over it and trying to find out where the virus started. For me, as the minister of health, although those questions are important because they’ll help us prevent future outbreaks what’s even more important right now is to stay focused on Canadians’ health and how we flatten the curve together.”

Dr. Tam says we don’t know the exact origins of this virus, “bats could be the source.” Tam says there’s a lot of work to be done, including genetic analysis of animal and other data. She says it took a while to trace the origins of SARS. “It might not be immediately obvious.”

“We need to defeat this virus not just within our borders but wherever it will be found. That’s how we defeat COVID-19 for good. We all share a common goal of ending this pandemic and Canada is stepping up to do it’s part,” said Trudeau.

Canada is spending $850 million (previously announced figure) on research and funding for vaccines. The Prime Minister said there will be more funding to come as the world grapples with this pandemic. “A global pandemic demands international cooperation, it will require a great deal of collaboration and coordination globally,” said Trudeau.

The global coronavirus pandemic brought together countries and organizations from around the world to join forces to ensure a vaccine is both universally available and affordable.

The European Union hosted the international pledging conference. The goal was to raise €7.5 billion (roughly $12B Canadian) in initial funding to kick-start the global push for vaccine production. Online pledges had already hit €7.4 billion by noon.

Air Canada reports $1.05B first-quarter loss due to impact of COVID-19 pandemic

The PM was asked about Canada’s plan to help airlines facing enormous declines from the pandemic. Trudeau said “sectoral support” will come in the future and his government will continue to look for support for the industry.

“We need to continue to have a strong airline sector once this is all done,” Trudeau said. The PM says the Canadian Emergency Wage Subsidy has already helped Air Canada. “Having that link to employers will allow our economy to come back stronger and the damage from this pandemic will be minimized.”

Air Canada previously announced 16,500 layoffs as the airline struggles with fallout from the COVID-19 pandemic. Air Transat (A.T. Inc.) laid off 3,600 of their staff, which is about 70% of its workforce in Canada as the airline grounded their planes back on April 1.

Canadians are being asked to pause for two minutes at 2 p.m. ET Monday to honour our veterans. Speaking about the Canadian liberation of the Netherlands 75 years ago, Trudeau said today’s pandemic is not the first time Canadians have been called to do their part, referring to pushing back the Nazi occupiers.

Trudeau asked Canadians to send postcards to veterans today. “Today, 75 years later we remember their courage and their sacrifice,” he said.