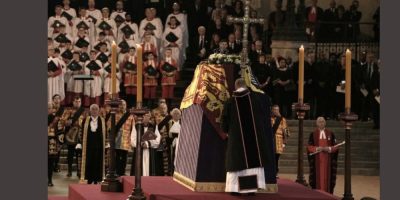 Canada is sending 15 delegates to the queen’s state funeral in London, England, on Monday, while celebrities will take part in a procession of recipients of national honours.

This report by The Canadian Press was first published Sept. 15, 2022.