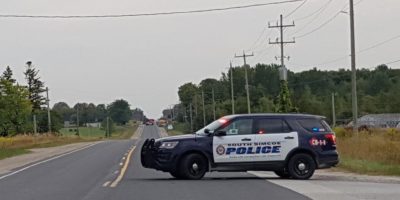 The South Simcoe Police Service has identified the two adults who were killed in a crash on Yonge St. Friday Afternoon.

Thirty-six-year-old Kyle Cobet of Newmarket and his mother, 60-year-old Wendy Cobet of Barrie, were pronounced dead at the scene of the collision around 4:30 Friday. Mr. Cobet was driving the SUV that police say crossed the centre line and collided with a heavy truck near the 14th Line.

Mr. Cobet’s nine-year-old son was a passenger in the SUV. The child was rushed to hospital where he died shortly after arrival.  The young boy’s identity is not being disclosed out of respect for the family.

The investigation into the collision continues.