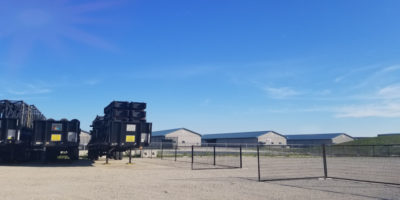 As Police reportedly look into a complaint against a member of MF Live, Rock fans left dry from Wednesday’s cancelled Roxodus Music Festival are calling it Fyre Festival 2.0 – a fraudulent “luxury music festival” made popular on a recent Netflix documentary.

After a week of speculation about a possible last minute venue change to nearby Burls Creek, MF Live confirmed Wednesday morning the show at the Edenvale Airport was officially cancelled.

The Roxodus website, as of Wednesday morning, indicated there would be no refunds for any reason, but in their cancellation statement, Roxodus says “information about ticket refunds will be released shortly.”

Social media reaction to the cancellation

The Roxodus statement cited concerns over the suitability of the Edenvale Aerodrome as justification for cancelling the show. An email to Barrie 360 indicates the “600 acre property has experienced so much rain that continuing was unfeasible.”

Reports by both CTV and Global News say Huronia West OPP are investigating a former employee of MF Live, but Police wouldn’t confirm whether it is connected to the cancellation of Roxodus. Our calls to the OPP on the investigation have not yet been returned.

When News First Broke that Roxodus was Cancelled

Mike Dunphy and Fab Loranger are the men behind MF Live Inc. Calls to Dunphy Wednesday afternoon from Barrie 360 were not returned.

Back in March, Dunphy said Roxodus performers, including Aerosmith, Nickelback and Lynyrd Skynyrd were paid in full. That includes $750,000 U.S. to Kid Rock. The organizers said 20,000 passes to the festival were sold.

The same organizer postponed the Wasaga Beach Motorcycle Rally earlier this year. Their statement at the time said the event “is not financially viable at this time.” It also says there is no room to grow the event at the main beach in Wasaga Beach.

Clearview Township responding to the cancelling of the Roxodus show just days before it was supposed to start.

Mayor Doug Measures says the move was one that was strictly made by MF Live and that his staff did everything they could to allow the show to go on as scheduled.

Measures says the organizers were very good to work with. “Unfortunately right up until about a week before, we sort of lost communication with them for a while, l suppose you can say. Over the Canada Day weekend, I noticed that there wasn’t any activity on the site, knowing that in 7-9 there was going to be a major concert. That was a big red flag to me so I knew something was up.”

Measures notes the fallout is great, whether it be concert goers, vendors, service clubs or volunteer organizations that were going to be involved in Roxodus.

“We’re an agricultural community. This is a very unusual thing to host a concert of this size and quality in our community,” Clearview Mayor Doug Measures says. “We did follow very good procedures, I believe, that led us to a Special Event Agreement and a Temporary Use Zoning By-Law Amendment. Roxodus did have all the permits in place to operate their concert.”

Oro-Medonte Mayor Harry Hughes isn’t surprised that the plug was pulled on Roxodus. “We’ve had a lot of experience with concerts, especially live ones that are large and live. The notion of having the grounds in Clearview ready for a concert with all of the work that has to be done in a short time frame seemed to me that that was difficult for anyone to achieve.”

Hughes says MF Live’s lawyer should have known what was required, based on his dealings trying to prevent such events at Burl’s Creeks.