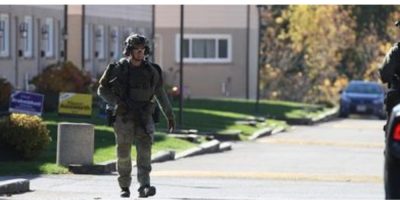 Police have concluded their investigation around 451 West Street North.

All roads in the area have reopened.

Police thank the public for their patience.

OPP say more information will be released on Tuesday.

A section of north Orillia remains blocked off by police as heavily armed members of the OPP continue to surround a townhouse on West Street North near Fittons Road West.

Police have not disclosed why they have been on scene since about 2:30 Monday afternoon.

People living nearby have been told to remain in their homes.

A post to social media shows what appears to be spotlights that are being directed toward the back windows of a residence.

West Street North is blocked off near the scene.