Concerned citizens have helped get some drugs and prohibited weapons off the streets, according to OPP in Wasaga Beach.

The OPP’s Street Crime Unit began a drug trafficking investigation based on several complaints received from citizens in the area of Berkshire Avenue. Following an extensive investigation, a warrant was taken to a home there on Tuesday.

Police say cocaine, scales, money counters, packing materials, a prohibited knife and firearm, and various imitation guns were seized. A 33-year-old woman and 17-year-old youth, both from Wasaga Beach were arrested and charged with a mix of drug and weapons offenses. 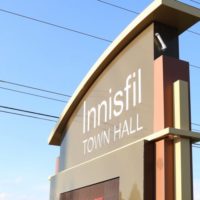