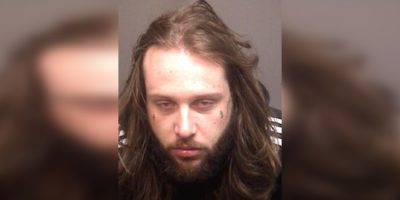 Another suspect has been identified following a stabbing death in downtown Barrie.

Barrie Police want to hear from anyone who has information on 26-year-old Tyler Wren. He is wanted in connection to the death of 30-year-old Ryan Babineau, who was found suffering severe stab wounds early on the morning of November 16th.

Related: Arrest Made in Connection to Downtown Barrie Stabbing

Wren is considered dangerous, and the public is being asked to not approach him if seen. Call 911 immediately.

He is described as 5’6, 188lbs. with a thin build, brown hair, blue eyes a beard and small facial tattoos under each eye.

A 28-year-old man of no fixed address was already arrested and charged in connection to Babineau’s death, while officers say a third suspect was already in custody on an unrelated matter and will be charged at a later date.