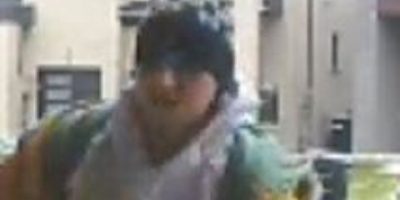 There have been multiple ‘porch pirate’ thefts in Bradford.

SUSPECT TO IDENTIFY IN ‘PORCH PIRATE’ THEFTS #BRADFORD:
Packages stolen from the front porch of 4 homes on Friday and an attempted theft on Sunday.
Call us if you can ID the female suspect and her vehicle with licence plate “JATT PUT.”
Media Release – https://t.co/5NNSbvOo7i pic.twitter.com/1YOu28XZFI

South Simcoe Police have released video surveillance in the hope someone can identify the suspect.

Police say packages were stolen from the front porches of four homes in the area of Line 6 and Simcoe Road during the afternoon on Friday, Nov. 26. Two days later, an attempted theft of a package was reported in the same area.

The suspect is described as female, with a thin build, and was wearing jeans, a bright yellow jacket, and a grey/white sweater and a hat.

Police say the vehicle they are looking for is a grey SUV with licence plate “JATT PUT.”

Anyone with information about these incidents, if you have security camera video regarding these thefts, or if you recognize the suspect, please contact South Simcoe Police at 905-775-3311, 705-436-2141 or Crime Stoppers.