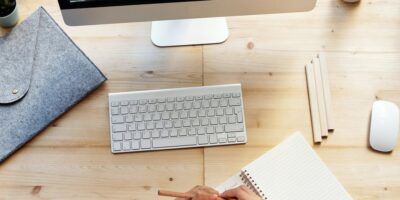 Parents waiting on the fate of the rest of the school year now have an answer.

Premier Ford said Tuesday he’s not going to “open schools at this time” after consulting with health experts. Ford says the province is putting “safety first.” Home schooling will continue.

When the province does reopen schools, Education Minister Stephen Lecce said it will not look the same. “We will have to reimagine how school looks in September,” he said.

The province is working on plans for schools to open in September, but Lecce says guidelines will be driven by public health officials.

The news about the rest of the school year was not a surprise to Jodi Lloyd, chair of the Simcoe County District School Board.

“Yes, we expected this. If you followed the trends and number of cases.”

Joe Zerdin, chair of the Simcoe Muskoka Catholic District School Board, said this was a sad day but a necessary day.

“The safety and well-being of our students and staff is paramount. They could not assure that.”

Zerdin did not want to hazard a guess what classrooms will look like in September if students return to school. Lloyd believes there could be split days, alternate days with modified programming.

“It will be different to what it has been in the past. Probably smaller classes to maintain physical distancing will be a change.”

If students left belongings in schools, Lecce said “boards will reach out with details” to get them back.

Childcare and daycare services will also remain closed in Ontario for now – the exception being for essential workers. The province did say it will start re-opening childcare centres once stage two begins. No date for Stage 2 has been set.

Minister Lecce was asked what parents are supposed to do in the meantime? “It’s obviously the only decision forward.” He talked about parents “overwhelmingly” asking the province to keep kids safe.

“We will never waiver from our commitment to keep your child safe while learning at home,” said Lecce.

Overnight kids camps are also cancelled. But the premier did add that summer day camps will be allowed to open in July and August “with strict health measures in place.”

Classes have resumed for some students in Quebec and will resume on a part-time basis in BC on June 1; classes will not resume until fall in Alberta & New Brunswick. Students have been out of class since mid-March in Ontario.

The province announced 427 new cases of COVID-19 and 15 new deaths, for a total of 1,919 deaths in Ontario since the outbreak began. Of those, about 75 per cent were residents in long-term care homes.

Of the 23,384 cases to date, Public Health Ontario says 4,235 were among long-term care home residents.

Earlier Tuesday, the Ford government announced it will be launching an independent commission into Ontario’s long-term care system beginning in September.

“Our government has been clear that we will review the long-term care system to get a better understanding of the impacts and responses to the COVID-19 outbreak,” said Dr. Merrilee Fullerton, Minister of Long-Term Care.

Last week, NDP leader Andrea Horwath called for a public inquiry into long-term care, and at the time, Premier Ford promised a review but did not agree to a sweeping probe of the system.

A government commission is not a public inquiry tweeted Horwath Tuesday. “It’s a back-room process – the same one Ford used to have Gordon Campbell justify his deep cuts. Only a public inquiry will give residents and loved ones the voice, the answers, the respect and the change they deserve.”

Ford says the province has been fully transparent and he’s not going to wait two-and-a-half years for a public inquiry. “Anything I see, the people of Ontario are going to see,” said Ford. “The system is broken, and we’re going to fix it.”

The Ontario government has approved an exemption to the emergency order related to gatherings. It allows Ontarians to attend drive-in religious gatherings.

The province says people can attend church ‘drive-ins’ if vehicles are kept two metres or more apart. Only members of the same household can be in one vehicle and people will not be able to leave their vehicles. The conditions also say that no more than five people can conduct the service at one time from outside a motor vehicle and they must stay at least two metres apart.

Parts of the economy were allowed to reopen today (May 19), entering stage one of Ontario’s phased reopening plan. It comes as the province sees a slight jump in cases.

Ford was asked about the increase in cases on the day the province entered stage one. “Every day is a concern for us, we need to look at this in two to four-week timeframes.”

The province has allowed all construction in the province to resume and retail stores, located outside of shopping malls and with a separate street-front entrance, can reopen.

Private parks, campgrounds, marinas, tennis courts and golf courses were allowed to open over the Victoria Day long weekend. It may take a few days to get them ready in some areas.