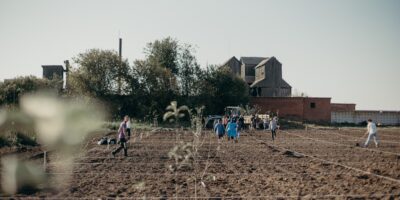 The Windsor-Essex area, with the exception of Leamington and Kingsville, can move into Stage 2 of Ontario’s reopening plan as of 12:01 a.m. on Thursday.

Premier Doug Ford made the announcement Wednesday from Queen’s Park.

Ford had held the Windsor-Essex regions back from entering Stage 2 due to outbreaks among agri-farm workers.

The province’s plan to reduce transmission on farms will allow asymptomatic farmworkers, who have tested positive, to keep working as long as they follow public health measures.

“Worker’s jobs are protected if they take unpaid leave due to COVID-19,” said Premier Ford.

“We are doing everything we can to help Windsor-Essex contain this virus and get back on track,” said Ford.

Health Minister Christine Elliott said the province will be expanding on-site testing, but that testing on farm-sites is “challenging.”

“By providing both farmers and employees with economic certainty, this three-point plan will allow the rapid scaling up of testing in agri-food sector workplaces across the region,” said Elliott.

Around 350 asymptomatic workers have already been tested since on-site testing began over the weekend.

This announcement comes as Toronto and Peel region moved into Stage 2 today.

And earlier today, a motion to extend Ontario’s emergency order until July 15 was passed in the legislature.

Ford hopes it’s last time the province has to extend the declaration.

Ontario reported 163 new cases of COVID-19 Wednesday, the second-fewest on any single day since late March.