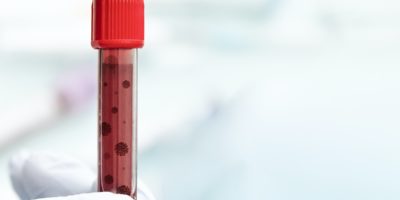 Premier Doug Ford sounded off Tuesday on a drop in testing numbers. Ford said some medical officers of health in Ontario “aren’t performing” when it comes to testing people for COVID-19. “We need to hold these people accountable, said Ford. “I’m not going to name them. They know who they are.”

This comes a day after Ford touted the province for leading the country in daily testing volume per capita. Ford praised health officials Monday for surpassing their 16,000 tests-per-day target. He said the province’s testing strategy “gives him confidence” that other portions of the economy can be reopened.

But on Tuesday Ford sang a much different tune. “I’m calling them out right now,” he said. “You’ve got to pick up the pace. Some (local health units) aren’t performing, start picking up your socks and start doing more testing,” said Ford.

Ford’s comments come after the province processed 10,654 tests over the past 24 hours, a significant drop from the past five days. Health officials say the province has the capacity to process up to 19,525 test per day.

What kind of Victoria Day long weekend will it be ?

Premier Ford said “yes” when asked if it’s unfair that people get to go to cottage country during the May 24 long weekend while others are told to stay home. “We will have more info on the Victoria Day long weekend later this week,” said Ford.

The premier says he will speak to mayors in ‘cottage country’ this week about when cottagers will be welcome to return to their summer homes.

“There’s only so long I can hold back taxpayers from cottages,” said Ford. “In Muskoka, the vast majority of taxes are paid through cottagers.”

“Even though this virus has taken a heavy toll on our everyday lives, we are doing everything we can to keep people healthy, physically and mentally,” said Ford.

“By expanding access to free virtual and online mental health supports, I want those who are struggling to know that we are here to support and help you cope with the stress, isolation and anxiety during these extraordinary times,” added Ford.

The announcement comes from the government’s $12 million commitment to mental health during COVID-19.