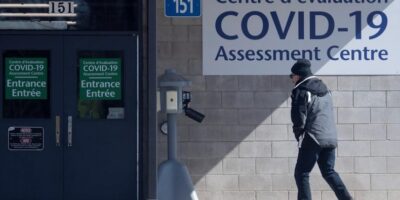 “To give people confidence, there needs to be testing.”

Speaking to media from Queen’s Park, Premier Ford said he wants to see expanded testing. “I want to see truckers, autoworkers, food processing workers and asymptomatic people tested.” Although he said a plan to do that is coming, nothing was announced.

Ford says “anyone around children” will continue to be a priority in the province’s testing regime.

Yesterday, Ford promised they would ramp up this testing “like this province has never seen.”

When asked about the loosening of restrictions during Stage 1 and the recent bump-up of cases, Ford said the province won’t hesitate to “roll things back if necessary.”

Ontario’s Minister of Colleges and Universities, Ross Romano joined Ford Thursday as they announced that the Ontario government is funding 15 high-quality and “promising” proposals submitted in response to a recent call for proposals for the Ontario COVID-19 Rapid Research Fund.

The previously announced $20-million fund is for the research community to come up with ways to fight COVID-19.

“Our government is encouraged by the ideas and solutions researchers have put forward to date,” said Minister Romano.

Romano says 11 of the 22 clinical trials that are being led by Ontario’s research hospitals, universities and colleges have already secured the necessary approvals by Health Canada to advance potential vaccines and therapeutics.

When asked about the upcoming college and university school year, Romano said the government is looking at a hybrid model of in-person classes and online courses.