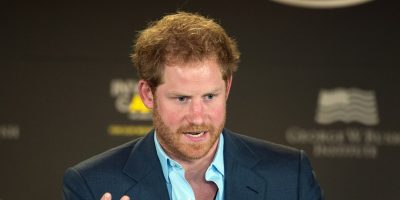 A potential must-have for royal watchers.

A pair of Prince Harrys’s underwear is up for auction.

A woman named Carrie Reichert says the Prince gave her the black underwear in 2012, after a night of partying in Las Vegas.

That infamous trip saw Harry get wild, with many nude photos being leaked to the tabloids.

Reichert says Harry handed her his underwear as he partied naked with his entourage.

Reichert is selling the underwear, which is up for auction.

According to TMZ, the current top bidder plans to create a shrine for the undies.