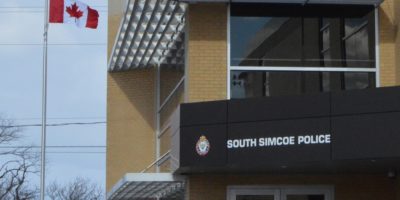 The South Simcoe Police Service has tabled a budget that has increases it says is to compensate for a growing community, but it has yet to get the green light.

The South Simcoe Police presented its 2020 budget to its Police Services Board, with an operating cost of approximately $20 million. That contains a 6.5 percent, or $1.25 million, increase from last year. “I’d consider it a fair and reasonable budget for a community that’s growing, such as ours,” says South Simcoe Police Chief Andrew Fletcher, “yes, there’s a financial impact to it.”

Chief Fletcher tells Barrie 360 there is one primary force behind the increase over last year. “Staffing is our biggest increase. Wages and benefits is 90 percent of our budget.” says Chief Fletcher, “and we’re looking to add six positions to the service this year, to meet the demand of a growing community.”

Chief Fletcher says his service hopes to hire four new members for the front-line platoon as well as two new traffic officers. “We continue to hear from the community that traffic concerns are the biggest concern out in the community,” adds Fletcher, “as we’re growing we’re obviously seeing a greater use of our roadways, and more collisions, and we need two additional people to address some of those enforcement actions, and do some collision reconstruction, and to support our marine unit.”

The Police Services Board has yet to approve the budget.