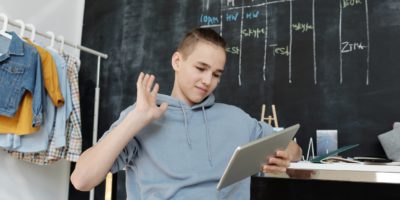 There’s no indication Ontario schools will resume this year. Premier Doug Ford says “health and science” will determine their decisions. During Friday’s media briefing, the province announced it has partnered with Rogers and Apple for free iPads with free data for kids to learn at home.

Ontario school boards began distributing iPads, pre-equipped with free Rogers LTE wireless data, this week. “This important partnership will enable students to learn while making technology accessible for those that truly need it,” Education Minister Stephen Lecce said. The province says over 21,000 will be sent to the homes of families in need. The free Rogers wireless data will be available until the end of June.

No school in September?

Education Minister Stephen Lecce says the government is preparing for all scenarios, including no school in September. “We’re building a plan from now until June, if we get the impression that we need to take more supports into next year, we’ll do it.”

The provincial government initially planned to reopen schools on May 1st for teachers and May 4th for students. But on Tuesday Premier Ford said students will not be returning to school as planned.

Premier Ford says he was briefed Thursday night on modelling and will release new modelling data on Monday. Ontario reported 564 new cases of COVID-19 on Friday, the biggest-single day jump in cases. The total number in the province since the outbreak began is now 9,525.