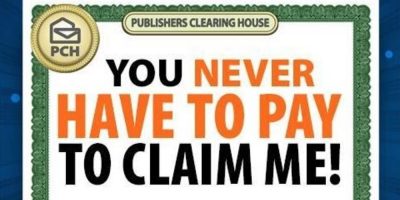 An elderly Barrie resident has lost thousands of dollars believing they had won a Publishers Clearing House prize.

Barrie Police say scammers called to say the victim had won a third prize of $3,000,000 but would have to pay a one-time fee of $3,500 to allow the prize money to be changed from U.S. to Canadian currency.

The fee was deposited into an account as instructed. The scammers then asked for another $45,000 to cover taxes and customs expenses.

The victim called relatives for help with the payment. They called the police instead.

Barrie Police advise you should never have to pay for a prize to receive it.

If you receive a call like this, simply hang up. Better still, if you don’t recognize the phone number, don’t answer the phone.