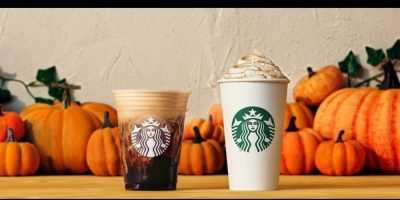 It still says August on the calendar, but it’s close enough to October for Starbucks.

Okay, maybe it’s not everyone’s favourite, but more people love it than hate it, so don’t @ me.

The lattes are steaming as we speak, and since the temperatures are still sweltering outside, you can choose from the classic PSL (Pumpkin Spice Latte) or try an iced PSL cold crew.

People have already been busy grabbing the seasonal delight.

It me, the most basic of bitches. Happy #PSL Day everyone! 🍁🍂🎃 pic.twitter.com/qqieSgEuc1

It’s the 19th year the seasonal drinks have been at the chain and are given credit for bringing the delicious spice blend to the forefront.

The combination of cinnamon, cloves, and nutmeg can now be found in everything from baked goods, cereals and even booze.