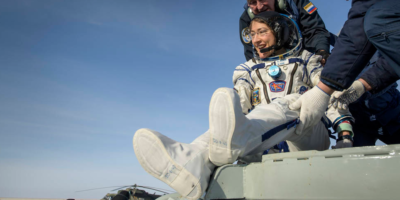 Christina Koch, veteran of six spacewalks outside the International Space Station — including the when Skvortsov and Parmitano arrived. With landing Thursday, her time off-planet will stand at 328 days 13 hours and 58 minutes, the longest single flight by a female astronaut or cosmonaut. Her voyage covered 5,248 orbits and 139 million miles (233 million kilometres).

Asked what she will miss the most about life in space, Koch said “number one, hands down,” is her crewmates.

“We are like family, we support each other, we work together, we have the same dreams and it’s been awesome to basically get to know another set of people outside my own family on Earth so well.

“And I think definitely the other thing I’m going to miss the most, is being able to do this whenever I want,” she said, flipping around in weightlessness. “Microgravity is a lot of fun. I haven’t actually put my feet down or walked in a long time, and it’s really fun to be in a place where you can just bounce around between the ceiling and the floor whenever you want.”

As for what she’s looking forward to the most back on Earth, her husband, family and friends rank at the top of the list. After that? Enjoying the outdoors.

“I live near the beach and I absolutely love the water, so hopefully going for a swim or a surf or just walking my dog on the beach, feeling the sand, feeling the wind,” she said. “Those are things that you can’t really replicate up here, so I can’t wait to be out in nature.”

A record stay in space

Koch’s record flight is just 12 days short of the U.S. single-flight endurance record set by former astronaut Scott Kelly. She now ranks No. 7 on the list of most experienced NASA astronauts and 50th in the world.

During her stay aboard the station, Koch participated in six spacewalks totaling 42 hours and 15 minutes. She and Meir carried out the first all-female spacewalk last Oct. 18, replacing a faulty solar array battery charge controller, and two more on Jan. 15 and 20 to complete work started last year to replace a set of solar array batteries.

During their historic first spacewalk together, “we caught each other’s eye and we knew that we were really honored with this opportunity to inspire so many,” Koch said in a NASA interview. “And just hearing our voices talk to mission control, knowing two female voices had never been on the loops, solving those problems together outside, it was a really special feeling.”

Koch’s record-setting mission began on March 14 when she blasted off aboard the Soyuz MS-12/58S spacecraft with commander Alexey Ovchinin and NASA astronaut Nick Hague.

Ovchinin and Hague endured a dramatic launch abort the previous October when their booster suffered a catastrophic failure two minutes after liftoff. Instead of reaching orbit, the Soyuz executed an emergency landing, touching down safely about 250 miles from the Baikonur Cosmodrome.

U.S. and Russian station managers opted to send Ovchinin and Hague back up last March, adding Koch to the Soyuz MS-12/58S crew. NASA eventually extended the missions of both Koch and Morgan, re-assigning her to Morgan’s original seat aboard the Soyuz MS-13/59S spacecraft for the trip back to Earth Thursday.

Morgan’s stay aboard the station was extended to April 19 when he will return to Earth with Skripochka and Meir aboard their Soyuz MS-15/61S ferry ship. They will be replaced by NASA astronaut Chris Cassidy and cosmonauts Nikolai Tikhonov and Andrei Babkin, scheduled for launch April 9 aboard the Soyuz MS-16/62S spacecraft.

That will be the first of just two Soyuz missions in 2020, both flights carrying just one NASA astronaut each. The Russians scaled back the Soyuz flight rate anticipating the long-planned debut of new commercially developed crew ferry ships being built by SpaceX and Boeing.

But NASA’s commercial crew program has encountered multiple delays due to funding shortfalls and technical issues, and it’s not yet known when the next piloted U.S. spacecraft will reach the station.

SpaceX is expected to be the first off the pad with a Crew Dragon capsule, carrying NASA astronauts Doug Hurley and Bob Behnken, taking off sometime this spring.

Boeing’s CST-100 Starliner is expected to fly later this year. NASA is still evaluating the results of an unpiloted test flight last December in which a timing problem prevented a planned docking with the space station and it’s not yet known if a reflight will be required.

But getting one or both spacecraft off the ground as soon as possible is critical for NASA and the International Space Station. With just one NASA astronaut — Cassidy — aboard starting April 19 when Skripochka, Meir and Morgan depart, research will be extremely limited and non-emergency spacewalks will be on indefinite hold.

“By the plan, we have a short handover period with the previous Soyuz (crew),” Cassidy said. “So we’ll overlap there, but then we’re just the three of us until we undock (in October). With luck, we’ll have a commercial crew, whichever one it is, but we’ll have some visitors, and we’ll be excited for that.”

Cassidy’s seat aboard the Soyuz MS-16/62S spacecraft originally was expected to be taken by veteran Japanese astronaut Akihiko Hoshide, who would have served as commander of the space station during the Tokyo Olympics this summer. But because of delays in the commercial crew program, he was replaced by Cassidy to ensure an uninterrupted U.S. presence aboard the lab.

Cassidy, Tikhonov and Babkin are trained to handle the station on their own through the end of their flight in late October when a fresh three-person crew, including another NASA astronaut, is expected to arrive.

“We’re … ready operationally, mentally prepared, to just be the three of us on the space station, which will be a change in operations from what we’re used to today (with) six people,” Cassidy told reporters during a briefing last November.

“There’ll be less available crew hours (for science) because you still have to devote your baseline number of hours per week or whatever to keeping the thing running. So it’ll be (a) change in philosophy and how we manage crew time. But the goal is still the same, to maximize science hours and research, and we’ll do our best to do that.” 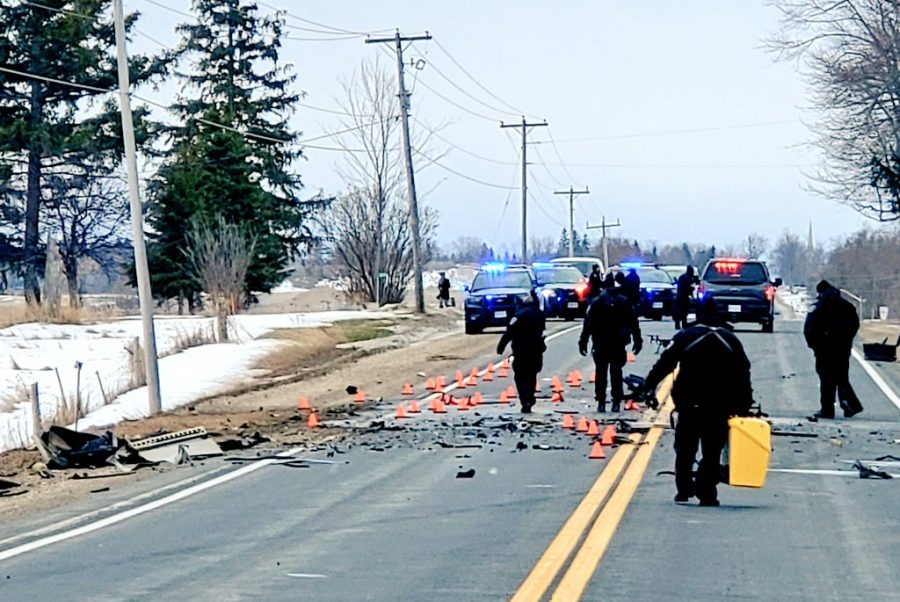