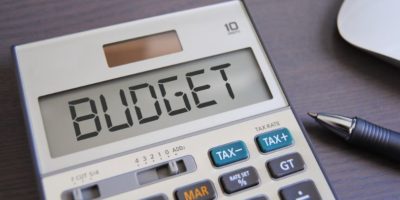 The piggy bank at Barrie City Hall continues to be on target for a $2 million dollar deficit at the end of this year.

The 2020 Budget and Business Plan Status as of September 30 was received by city council general committee on Monday.

Recreation and transit have been two of the most significantly impacted areas because of the pandemic. For the first nine months of the year, the recreation shortfall is $4.9 million with all revenue streams impacted as programs and rentals were cancelled and memberships were suspended. Savings were found with staff layoffs and a phased re-hiring process, lower utility costs due to closures, as well as the closure of theatre venues.

The report said the impact of COVID is going to have a long-term effect on recreational and cultural activities. Revenue potential will be limited because of facility capacity limits, social distancing guidelines, and cleaning/disinfecting protocols, while expense savings will be diminished with more facilities re-opening in the fourth quarter of the year. A longer term impact will be in recPASS memberships which have plunged by 30% from pre-COVID levels.

Strategies are being developed to rebound the recreation and cultural sector and drive up revenues such as providing residents with more offerings in those areas, transitioning more service transactions to online, adding touching less payment, more outdoor fitness programs, and developing virtual events and programming such as was done with Canada Day.

Another area where the wheels have come off is transit with a $2.8 million shortfall. In response to the pandemic, and with schools and businesses closed, the system experienced a drop in ridership to as low as 25% of its regular ridership. What also chewed into revenue was free service between March and August. Ridership levels are still hovering between 40% and 45%. The transit service is back up to 85 per cent of normal routing to maintain 30-minute frequency on core routes to minimize the impact on riders who need to get to work, shopping and other commitments.

The staff report said COVID-19 continued to impact the city’s operations in the third quarter of 2020, but to a lesser degree after entering Phase 3 of the province’s re-opening plan in July.

This meant recreational facilities re-opened with restrictions, enforcement of paid parking resumed with a waterfront restriction to city pass holders and ongoing allowances to assist with curb-side pick-up and Dunlop Street construction in the downtown area.

There was also the resumption of fare collection on Barrie Transit.

The impact to revenues was offset by year-to-date reduced spending resulting in a $6.3 million surplus at the end of September. However, all that is expected to get washed away as staff from various departments are predicting to be in the red at year-end because of reduced revenues and increased costs associated with COVID-19.

What wasn’t applied to the projected deficit was the $6.6 million Barrie received as part of the first phase of the province’s Safe Restart program announced in August, in addition to $2.5 million in transit funding. The city has applied for phase two funds, but staff are unsure if money will be available because the government has not laid out the criteria that will be used to evaluate the applications.