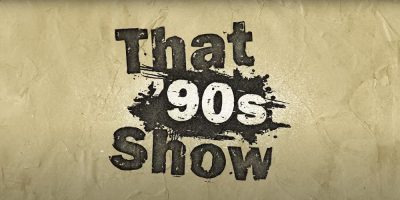 We finally got our first look at “That 90s Show!

A trailer for the “That 70’s Show” spinoff has been released, reuniting us with a familiar scene.

The show, centered around Eric and Donna’s daughter Leia, shows the same ole Point Place home that was the epicenter of many teenage shenanigans.

It’s 1995 when Leia comes to visit her grandparents, Red and Kitty Foreman, for the summer. She quickly meets up with a new group of quirky friends and knows this is the place to help her grow.

Kitty, played by Debra Jo Rupp is thrilled to have a house full of kids again.

No word on how often original cast members will appear, but it’s anticipated they’ll drop in a few times.