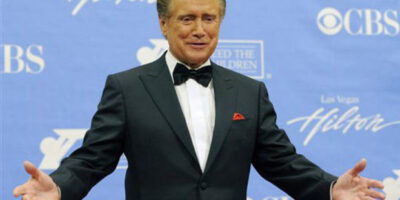 Regis Philbin, the beloved longtime TV host of programs such as “Live with Regis and Kelly!” and “Who Wants to Be a Millionaire?” has died, his family said in a statement. He was 88.

“We are deeply saddened to share that our beloved Regis Philbin passed away last night of natural causes, one month shy of his 89th birthday,” his family said in a statement. “His family and friends are forever grateful for the time we got to spend with him – for his warmth, his legendary sense of humor, and his singular ability to make every day into something worth talking about. We thank his fans and admirers for their incredible support over his 60-year career and ask for privacy as we mourn his loss.”

Jimmy Kimmel paid tribute to Philbin in a tweet, writing that Philbin was a “great broadcaster, a good friend and a tremendous amount of fun.”

“He leaves behind a beautiful family and a TV legacy that will likely go unmatched,” Kimmel wrote. “Regis, I hope our friend Rickles met you at the pearly gates with open arms and a slew of the insults you loved so much.”

Philbin was born in the Bronx, New York, on August 24, 1931, famously developing a thick New York accent and staying a city resident most of his life. He started working as a page on “The Tonight Show,” before being hired as a sidekick on the “Jimmy Bishop Show” in the 1950s, according to Entertainment Tonight. He moved to Los Angeles to start his own show, but struggled to find writers and viewers.

Throughout the ’60s and ’70s, Philbin rotated hosting gigs, including taking over for Steve Allen on “The Steve Allen Show,” before moving on to host “The Neighbors” game show for one season in 1975.

He also dabbled in journalism, working as a field reporter for “Almost Anything Goes,” and hosted local news show “A.M. Los Angeles” from 1975 until 1981. He commuted from L.A. to St. Louis for the weekend talk show, “Regis Philbin’s Saturday Night in St. Louis,” according to ET.

Philbin moved onto hosting talk shows in the 1980s. After a short stint at an NBC’s variety series with ET’s Mary Hart, Philbin began hosting “The Morning Show” with Cindy Garvey on New York City’s local ABC affiliate. After Garvey left, Philbin was paired with Kathie Lee Gifford, and the show was renamed “Live! With Regis and Kathie Lee” in 1988.

Philbin and Gifford hosted together for a dozen years until she left in 2000. The two remained close friends long after Gifford’s departure. After a nationwide talent search, soap opera star Kelly Ripa was chosen to co-host alongside Philbin as Gifford’s replacement. The pair had on-air chemistry, but he said they stopped talking after he left the show.

In 2004, Philbin was recognized by Guinness World Record for banking more than 16,000 hours in front of a TV camera. He frequently appeared on “The Late Show with David Letterman” and was known for being a man-about-town.

Philbin left “Live! with Regis and Kelly” in 2011, although he continue to do some hosting gigs. He suffered a heart attack in 2007 and had to miss several weeks of the show to recover from heart surgery.

He told “CBS This Morning” in 2012 that while he was sleeping later in the morning, “once in a while” he missed the day-to-day of the broadcast.

“If I’m out the night before, and I went to the Friars Club last night, they had a party for the book, so I enjoyed it. There was a lot of colorful people there,” he said.” “I could talk about it today, you know, on the show. Those are the days, the mornings that I miss.”

Philbin is survived by his wife of 50 years, Joy Philbin and their two two children, J.J. and Joanna Philbin. He also had two children from his first marriage, which ended in divorce in 1968, Amy Philbin and Daniel Philbin, who died in 2014. 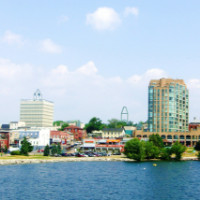