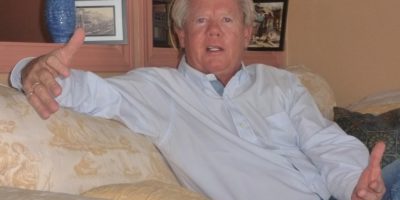 The Senate impeachment trial of American President Donald Trump, which defies logic on so many levels, begins in earnest early Tuesday afternoon.

Already impeached by the House of Representatives in December for abuse of power and obstruction of Congress, Trump faces removal from office in the Senate – although a Republican majority there essentially prevents that from happening.

Prof. Barry Woods, who taught political science at Georgian College for 20 years, says both sides have an agenda nonetheless.

“The Republicans are hoping to have a quick trial – 10 days, and then take a quick vote move on. They’ll try to bury this,” he said. “The Democrats are going to keep pushing, and pushing for witnesses, pushing their idea that there’s a real obstruction of justice here. Trump has often talked about openness, transparency – but has acted totally opposite.

“He will be found not guilty (by the Senate) because the Republicans have the numbers,” Woods said of the Republicans’ 53-47 majority. A two-thirds majority is required to convict Trump. “They look like they’ve got their feet in cement, their head in the sand, they’re buying what the snake oil salesman’s got.”

Trump was impeached for asking a foreign nation, Ukraine, to dig up dirt on Joe Biden, potentially his Democratic political rival in the 2020 American election, in return for foreign aid from the United States. And then for obstructing Congress in its investigation of the matter.

American presidents can be impeached for ‘treason, bribery and other high crimes and misdemeanors, according to the Constitution of the United States.

The Republicans aren’t buying Trump’s guilt, however, claiming he was impeached only by the Democratic majority in the House.

But just as so many American voters support Trump against their own self-interests – on climate change, health care, gun control, etc. – the Republicans are set to essentially doing the same thing in the Senate, Woods explained.

“The Republicans are voting against impeachment to their own detriment,” he said. “There has to be separation of powers for the United States government to work. And these guys (the Republicans) have now allowed Trump to over-exceed the presidency, make the Senate look like it’s truly just a lame duck, rubber stamp. This affects their own ability to do their own job. They’re voting against their own interest. That’s how I see it.”

The Republicans are unlikely to allow a real trial in the Senate, with new witnesses and documentation. Republican Majority Leader Mitch McConnell won’t allow it, Woods said, while South Carolina Senator Lindsey Graham has said he’s already made up his mind not to convict Trump – before the trial has started – and that reflects the position of many Republican senators.

This growth toward entrenched viewpoints, a divergence between the two parties, has been going on for some time, some would argue all the way back to Vietnam, Woods said.

But Trump’s impact on American politics has changed them in a different way.

“My opinion is that it goes back to the 2016 election,” Woods said. “I was one of those who said rational heads will prevail. When I look back at it afterwards, I underestimated a number of things.

“The other thing is that I and many others underestimated the amount of money that’s been taken out of the education system in the United States,” Woods said.

Sure, Hilary Clinton was a poor candidate for the Democrats. Her entitlement was resented by many Americans. But voter suppression by the Republicans plays a role as well, said Woods.

And it’s not much easier to explain today.

Nonetheless, Trump’s Senate impeachment trial might lead to more of the truth leaking out.

“I think back to when my students used to ask me about 9/11 conspiracy theories,” Woods said. “Is it possible for two people to keep a secret? Never mind the number of people who would have had to be involved to pull that off. It’s the same thing here. “There’s so many people who are involved in this that there’s no way that the lid can be kept on. But the lid’s already off. The evidence is there. It’s blatantly obvious.”