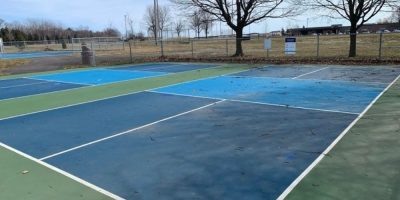 News release from the City of Barrie

The City of Barrie invites members of the public to attend a meeting next week to view a design concept for the addition of eight pickleball courts at Painswick Park in southeast Barrie. Pickleball is a paddle sport that combines elements of tennis, badminton and ping pong. It is an all-ages, many abilities sport which can be played with low-cost equipment.

As part of this project, the City is undertaking a redevelopment of the Painswick Park. Construction is scheduled to begin later this summer and is expected to be complete by fall 2023.

The construction will include:

The Painswick Park redevelopment will add eight new pickleball courts, creating a new pickleball hub offering a total of 12 courts, which will be suitable for local and regional tournaments. Two of the new courts will be constructed to an elite/accessible standard set by the United States of America’s Pickleball Association.

Visit ‘Parks Construction’ at barrie.ca/parks for project updates as the construction progresses.