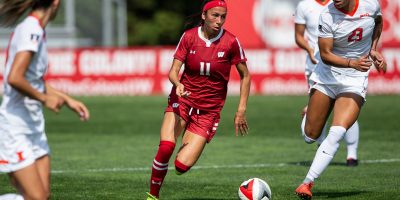 Standing on the sidelines with her mom, Vanda Pickett, some 13 years before a soccer game with the Barrie Spirit, the young athlete heard all the inspiration she would need to take the game she loved since she was four years old to the next level.

“Funny enough, my mom and I were just talking about this,” said the 24-year-old midfielder, who is fresh off being named to the Canadian National Senior Women’s National Team roster for this week’s SheBelieves Cup and being drafted 15th overall by expansion FC Kansas City in the National Women’s Soccer League (NWSL) Draft.

“I’m talking to my mom, ‘You know, it’s all about just having fun, right mom?’,” the former Barrie Soccer Club member recalled of the conversation. “And she was like, ‘You know what Victoria, it’s also about winning.'”

“It’s funny, but it’s true,” added Pickett of the advice she received. “At the time, I was 10 or 11-years-old and I’m starting to get really into it. My mom said, ‘If you really want something, you have to go after it with everything you have.’ So that really, I remember, snapped something in me.”

The soccer star’s rise in the game has been fairly quick. After completing a stellar NCAA Division 1 career at the University of Wisconsin, Pickett was drafted in the second round of the NWSL Draft held virtually on January 13.

She was watching the draft live with her family when she heard her named called by Kansas City.

“It’s such an exciting deal. It felt so surreal,” Pickett told Barrie 360 over the phone from Kansas City days after being drafted. “It’s always been a dream of mine. It’s huge.

“Kansas City is such an incredible soccer city with incredible players, an incredible coaching staff. They saw some potential in me, so I’m super excited to be here and start my new career.”

The news only continued to get better for Pickett who moved to Barrie from Newmarket at a young age. On Saturday, she was added to the Canadian National Women’s Soccer Team roster as they prepare for the 2021 SheBelieves Cup, which begins Thursday and runs through to February 24 in Orlando, FL.

This marks Pickett’s first women’s national senior team invite. She has represented Canada previously at the U-17 and U-20 FIFA World Cup.

“It’s always such an honour to represent your country,” she said.

The Canadian women have made their mark at the international level over the last decade or more and have proven to be a big inspiration for Pickett over the years.

“It just goes to show that Canada is a top-tier competitor and that they have the ability to win World Cups and to win Olympics,” Pickett said. “Seeing that also fuels me to achieve that as well. The success that they’ve laid down has made me really want to go after it. They are incredible women.”

Pickett joined the Glen Shields Futbol Club in Concord at the age of 13 after growing up playing the game in Barrie and continued to build her game before becoming a star with the Badgers, earning the Big Ten Conference’s Freshman of the Year honours in 2015.

A First Team All-American in 2018, she would also be named a MAC Hermann semi-finalist the same year.

Pickett, who would miss the 2019 season with a knee injury, would finish her NCAA career with five goals and 11 assists after suffering another tough blow when the pandemic kept Wisconsin off the field.

“It prevented me from playing my senior year which really sucks because I just wanted to contribute to a university that gave back so much to me,” she said. “But being able to say I was a Wisconsin Badger and (now in the) NWSL is super exciting. I guess that’s just my way of giving back.”

Using her athleticism as her calling card, Pickett describes her game as more possession driven.

“I like distributing it a lot more than I do, let’s say, being the goal scorer,” she explained. “I like setting up people, that’s definitely more my style.”

The NWSL, because of the uncertainty surrounding the pandemic, has yet to release a schedule for the upcoming season. As for what Kansas City expects of her, she was told they really like her pace on the ball.

“My ability to dribble is a great asset to have, so I think they’re looking for me to be more of that distributor,” said Pickett, who is currently down in Florida with the national team. “But they also like me being involved in the attack and if I have to get back on defence that I’m also able to do that as well.

“I think they’re trying to get me to be more of a versatile player.”

Pickett said she has had so much support getting to where she is in the game over the years and is thankful for the coaches who have helped along the way.

“They’re just so supportive and have such great feedback for me,” she said. “I have these goals of mine and they’re so supportive in helping me entertain those. Giving me helpful hints or advising me how I should play and being able to play with Rose Lavelle, who is just a huge player with the U.S. National Team now and having her as a teammate was really something.

“Not only her, but everyone with the Canadian Youth National Team and Wisconsin, and even Glen Shields, my former team. It just really helps being surrounded by really competitive people.”

Pickett is hoping she can continue her ascent in the game and most of all be an inspiration for young girls looking to follow their dreams on the soccer pitch like she did.

“I’m just super thankful for this opportunity and I just want to let people know, little girls especially, that they can achieve any sport-related dreams they have,” she said. “You’re just as capable as males and there’s definitely going to be a bigger market for us soon.

“I’m telling people to keep their head up and just keep moving forward because they can achieve their goals.”

Sound advice. Just like the advice Vanda Pickett gave her daughter on a soccer field some 13 years ago. 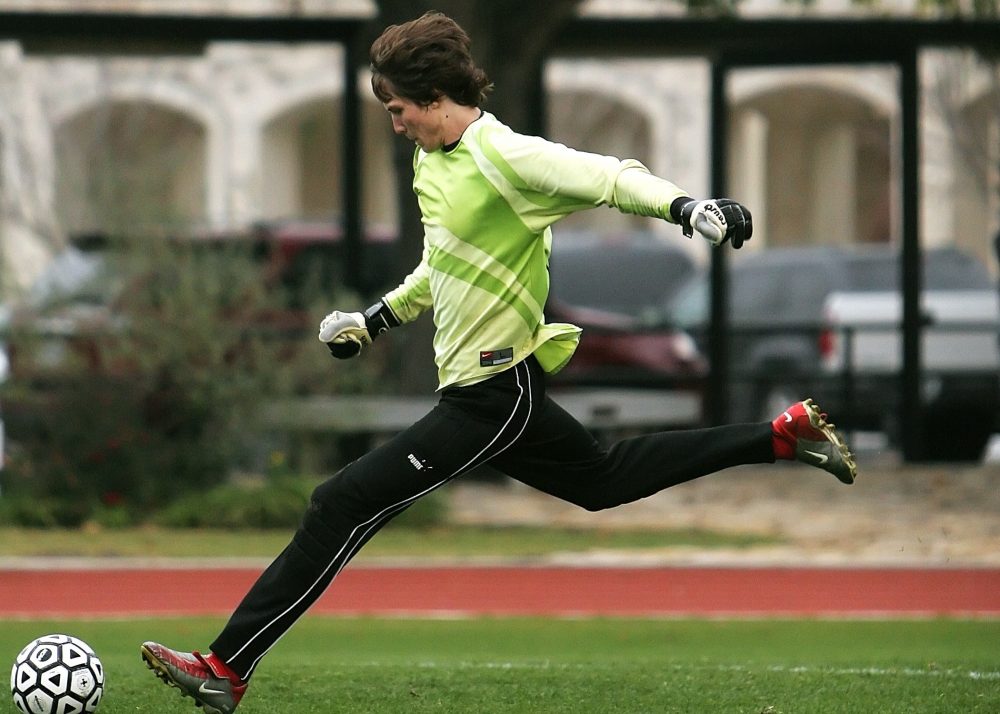