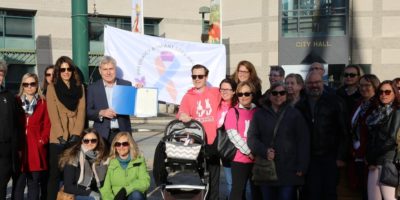 One in four women suffer a pregnancy loss. Even still, the topics of miscarriage and still birth can be hard to broach. Some choose not to speak of it, while others may feel they cannot. Here in Barrie, however, efforts are being made to change the conversation when it comes to promoting the care and treatment of women and their families during and after such events.

“We need people in these situations to know that are supported and cared for in these difficult moments,” says Charmaine Smith, Manager of the Royal Victoria Hospital (RVH) Birthing Unit and Obstetrics.

Smith is among those raising awareness for this delicate issue during Pregnancy and Infant Loss Awareness Month; a campaign which kicked off this morning with a flag-raising event at Barrie City Hall.

For Smith and her colleagues at RVH, that includes overseeing the hospital’s bereavement program for women and their families, which launched in 2018 with training and support from the Toronto-based Pregnancy and Infant Loss Awareness Network (PAIL).

“[PAIL] really helped us understand how to help people in these situations, like what to say, what not to say, and how you can continue providing care for them when they go home,” Smith says.

RVH’s bereavement program was created in partnership with local couple Mat and Theresa Morrison, who came to Smith following the loss of their daughter, Bridget. It was an eye-opening conversation, Smith recalls, and one that highlighted the unmet needs among individuals in the Morrison’s situation. “I always knew it was a horrible thing for anyone to go through, but I don’t think I fully understood how a loss affects parents after the fact because I was focused on the medical aspect.”

“After that conversation, I recognized that we needed to do more for these patients,” she adds.

Meanwhile, the Morrisons launched Bridget’s Bunnies, a program that provides comfort kits to patients who have suffered a loss. Then, the team reached out to PAIL for help in setting up RVH’s bereavement program.

“We designed a program where a patient who suffers a loss is taken to the birthing unit with one-to-one nursing care and are provided a comfort kit from Bridges Bunnies along with information on resources available to them,” explains Smith. “At the end of the day, we go at the patient’s speed. Some want to talk about it right away, but some families go home and don’t look at the kit for a while.”

Whenever it is used, Smith says the comfort kit is designed to help stimulate the conversation with the family and their loved ones: “It provides so much awareness, it makes it easier to talk about, and they see they are not the only ones going through this.”

PAIL support and training has spanned beyond RVH’s birthing unit. RVH has introduced its teachings to emergency room staff as well.

“If a woman comes in before she’s 20 weeks along, she would go the the ER,” she says. “In those cases, we’re trying to raise awareness in busy emergency departments to make nurses and physicians aware of how patients are affected during, and to approach the situation with more sensitivity.”

Since the inaugural Bridget’s Bunnies Fundraising Run last year, interest in the program has skyrocketed. According to Smith, she is approached at least once a week by families looking to learn more about the program.

More importantly, however, the conversation is evolving. Thanks to initiatives like Pregnancy and Infant Loss Awareness Month, the stigmas around such events are lifting and women of all ages are sharing their stories.

Still, says Smith, there’s room to grow: “We need to encourage women to talk about their experience, and not to keep it inside. No matter what stage of pregnancy, if you seek others to talk to, it can make the experience a little less difficult.”

More information can be found at the PAIL Network

And at Bridget’s Bunnies 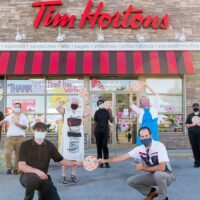 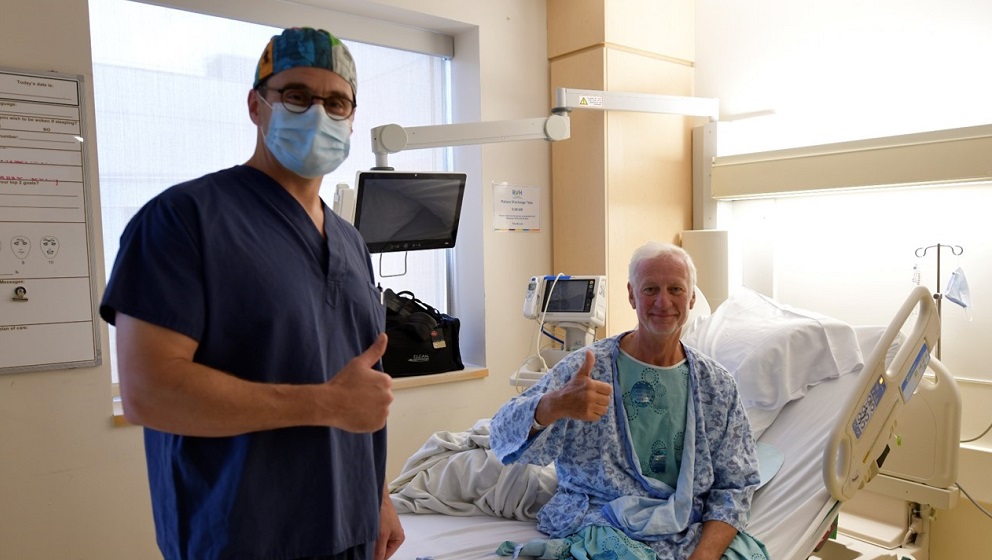