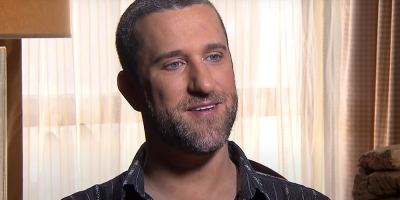 Saved by the Bell star Dustin Diamond, who played Samuel “Screech” Powers, has died at age 44 from Stage 4 lung cancer, according to TMZ.

A representative for Diamond reportedly informed TMZ that he died this morning (February 1) after his condition had greatly declined in the past week. Diamond had been taken off breathing machines in an attempt to get him to hospice care.

Diamond is famous for playing the lovable Screech on four seasons of Saved by the Bell, acting as Zack Morris’ (Mark-Paul Gosselaar) nerdy sidekick.