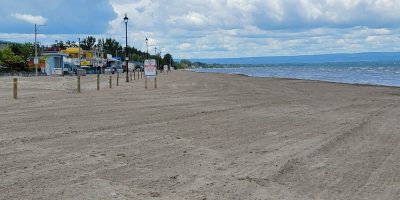 Ontario Provincial Police have withdrawn second-degree murder charges against two men from the Greater Toronto Area in connection with the stabbing of a 23-year-old Mississauga man in Wasaga Beach at the weekend.

In a media release on Wednesday, police said a 25-year-old Brampton man and a 21-year-old Etobicoke man have had those charges withdrawn and each is now charged with one count of assault with a weapon in relation to this incident. Both men appeared in court and have been released

Meanwhile, a 25-year-old Brampton man has been charged with second degree murder in the case. He has been remanded in custody.

First responders were called to Beach Area 1 just after 12:30 a.m. on Sunday and found a man suffering life-threatening injuries. Despite efforts to save him, he died at the scene.