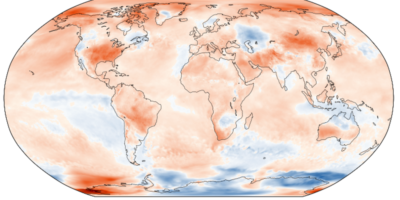 This past September was, globally speaking, the hottest on record by merely a smidge.

The Copernicus Climate Change Service says September 2019 was 0.57 degrees Celcius warmer than the average September, using records dating back to 1981. That puts it nearly on par with September 2016, with a 0.02-degree increase since then.

Not only was September a record-setter, it continued a four-month streak of at- or near-record breaking temperatures; This past June was the warmest June on the books, July was the warmest month ever, while this August past was the second hottest since record-keeping began.

The Copernicus Climate Change Service (C3S) is a European Space Agency-supported organization that monitors and provides data on climate change, made up of scientists, consultants, planners, and policymakers.