Canada’s top court has struck down parts of the national sex offender registry.

In a ruling Friday, the Supreme Court of Canada said mandatory registration of all sex offenders with more than one conviction goes too far and that keeping offenders on the registry for the rest of their lives violates the Constitution.

“While mandatory registration has the attraction of simplicity and ease, the convenience of requiring every sex offender to register does not make it constitutional,” wrote the court in a majority decision.

The ruling concerns the conviction of Eugene Ndhlovu, who pleaded guilty in 2015 to the sex assaults of two women in 2011.

Court heard Ndhlovu, who was 19 at the time, was brought to a party publicized by a sexually explicit ad on Facebook. He touched one woman on the buttocks and another in her vagina.

He pleaded guilty and was sentenced to six months in jail and three years’ probation, which he served.

Under 2011 amendments made to the sex offender registry, Ndhlovu’s name would have been permanently added to the list with no discretion for either the judge or the Crown.

But the trial judge found the Crown had introduced almost no evidence to show that the mandatory listing helped police sexual assault investigations. Justice Andrea Moen found the benefits to society of mandatory lifetime listing didn’t justify the impacts on Ndhlovu, whom Crown experts considered a minimal risk to reoffend.

Moen’s ruling was overturned by the Alberta Court of Appeal, but upheld by the Supreme Court.

The Friday ruling said the registry is not intended to punish offenders but to aid law enforcement. It said there are currently 27 offences ranging widely in severity that require offenders to be listed.

“(The registry)is nearly 20 years old,” the court wrote. “Despite its long existence, there is little or no concrete evidence of the extent to which it assists police in the prevention and investigation of sex offences.”

Meanwhile, it found the impact of being placed on the registry to be severe.

Offenders must report to police if they change their address, travel or obtain a driver’s licence or a passport. They may be contacted by police at any time. There’s the stigma it brings, as well as some evidence that simply being listed increases the chance of reoffending.

“The impact of a (registry) order on an offender’s liberty can only fairly be described as serious,” the court wrote.

Three justices dissented from the majority on the constitutionality of mandatory listing, although they agreed that lifetime listing could not be justified.

The dissenters wrote that before listing was made mandatory, too many judges were refusing to require offenders to be placed on it, reducing its effectiveness.

But Elvis Iginla, Ndhlovu’s lawyer, said the current legislation reduces the registry’s usefulness by diluting it with low-risk offenders, such as his client.

“We don’t have any issue with the fact there is a need for a sex offenders registry,” he said. “It’s essential there is one.

“(But) you don’t want people on there who don’t need to be on there.”

The court has given the federal government a year to rewrite its legislation before the clause on mandatory listing is struck down. The requirement for lifetime listing is quashed immediately.

It also exempted Ndhlovu from being listed at all.

Ndhlovu is employed and has had a clean record since his conviction, added Iginla.

“He’s trying to move on. He doesn’t believe he will ever endanger anyone and he wanted the chance to prove that.”

This report by The Canadian Press was first published Oct. 28, 2022. 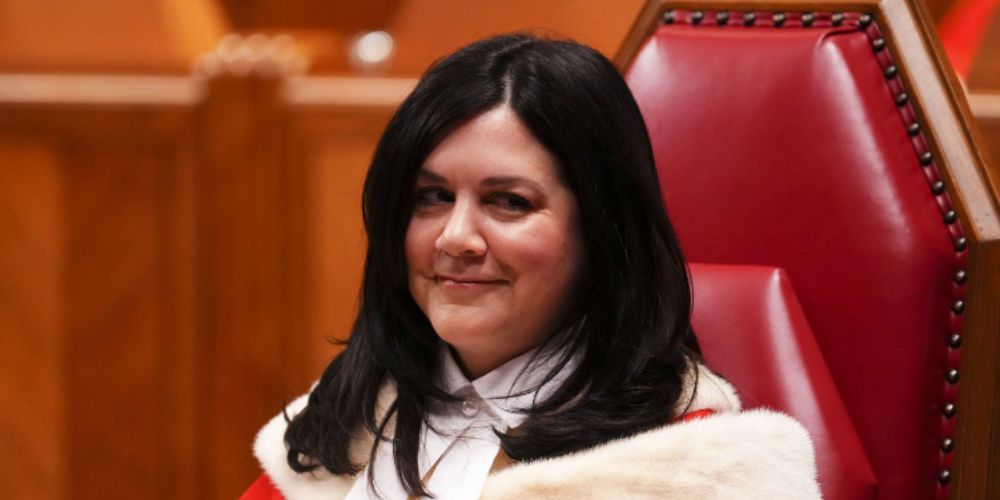