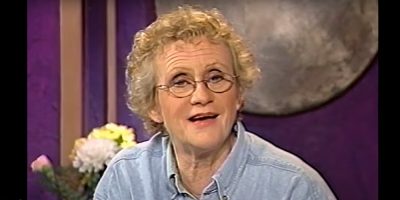 Almost everyone I know fondly remembers Sue Johanson and her television and radio show “The Sunday Night Sex Show.”

The famous educator is now the subject of a documentary chronicling her vast impact on Canadian and, later on, American audiences.

Between the late 1980’s to the early 2000’s she would field calls from curious people asking important questions about sex and their health.

Sue would handle it all with humour, compassion, and, most importantly, knowledge.

She taught people much more than where babies came from and focused on health and pleasure.

She appeared on numerous talk shows, including this great episode of Conan O’Brien.

The film talks with her family members, colleagues, and well-known faces, including George Stroumboulopoulos and Russell Peters.

Today, at 92 years old, she lives away from the limelight but is still very up-to-date on the world’s events.