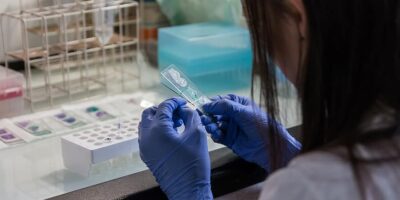 This isn’t a wave anyone wants to catch.

So, here we are: Ontario’s Third Wave. This isn’t a model.. Blue line is overall SARS-CoV2 spread; Orange line is VOCs — now almost half of the pandemic and driving the growth. (The two lines are now parallel). #COVID19Ontario https://t.co/U6F16usw2A pic.twitter.com/i8hcod9XAo

But it appears it’s too little and too late. The top scientists who advise the Ford government said on Tuesday the province is now in a third wave of the COVID-19 pandemic.

In a tweet, the doctors cited the rapid spread of variants of concern (VOC).

Simcoe Muskoka Medical Officer of Health Dr. Charles Gardner was asked at a Tuesday media briefing if our region was in a third wave. Gardner was cautious and noted it’s the kind of thing you can determine once you’re in it for a time rather than at the very beginning.

“I don’t think I’d be able to say for sure that we are at the beginning of a third wave,” said Gardner. “I am concerned about the possibility, because we’ve actually seen an upswing in cases provincially and are starting to see that again locally.”

Gardner said when we talk about COVID in Simcoe-Muskoka now we are essentially talking about variants.

In Tuesday’s tally, the region reported its first VOC that was first identified in South Africa. There are also seven cases of the P.1 variant, up from two the previous week, though Gardner noted the cases are a cluster connected to each other and the initial VOC was acquired at a workplace outside the jurisdiction. The predominant VOC remains the B117 with 252 cases. This is the strain that ravaged Roberta Place long-term care in Barrie back in January.

There are 590 cases that have screened for a VOC, but the type remains undetermined.

There are 421 active cases of COVID-19 in Simcoe Muskoka, which Gardner said was a sharp increase from the 307 cases a week ago.

He was asked to address what people are supposed to do who are between the ages of 60 and 64 and are eligible for the first dose of the AstraZeneca vaccine but don’t have a health care provider. Simcoe-Muskoka is one of five regions picked by the province where family health care teams are contacting their eligible patients who want the vaccine, and those jabs began late last week.

He said that going forward there will be other opportunities, and cited pharmacies as one example.

The health unit has administered over 57,000 doses of COVID vaccine, up 7,000 doses in the last week, and at least 16,000 individuals have received both doses. Gardner said he is aware of 500 doses of AstraZeneca which have been administered to people through family practices.

He acknowledged the launch on Monday of the provincial portal and phone line for those 80-plus who wish to be vaccinated had a few hiccups.

The health unit anticipates a two-fold increase in the delivery of the Pfizer vaccine next week, which has been used here since December. At the weekend, the region received its first shipment of Moderna, which will be used at mobile outreach clinics because it is easier to handle.