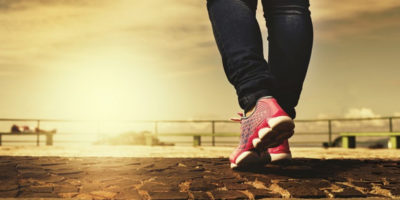 We’ve been distancing ourselves physically for a few weeks now, and for many, that means staying indoors as much as often. The region’s top medical official encourages this. He’s also saying we can get some fresh air from time to time.

“So far, I’m still saying people can go for a walk,” said Simcoe Muskoka District Health Unit Medical Officer of Health Dr. Charles Gardner on Tuesday, “I am aware that the Premier has been saying people should not go out at all. But that is not regulation as yet. It may come to that, but it’s not regulation as yet. So I’m still saying that it’s important for people to get exercise. And it’s important for their mental health as well.”

Dr. Gardner stressed the need to be picky about when you do venture out-of-doors, whether for a stroll or to shop. “I think it’s wise for people to limit the number of times they go out; if you’re going to do this, do it all at once. Don’t do it multiple times,”

He adds that a shopping trip would be more of a risk than a stroll through the park. “I think shopping in some ways would be higher risk because you’re going into a building with many other people, and you can do your best to maintain distance but there’s still the potential, for with more people in there, to have an encounter.”

“And there are surfaces that you’re you’re going to be touching you’ll need to be washing your hands,” continued Dr. Gardner, “So, caution about the number of times you go shopping or go into a premise somewhere. I think outdoors, you’re probably safer, but even so, you want to limit the number of times that you go in a day,”