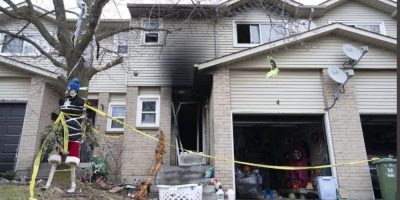 Officials say there were no working smoke alarms in a Hamilton townhouse where a fire killed four people, including two children, last week.

Ontario Fire Marshal Jon Pegg says the on-scene portion of his office’s investigation is complete and confirmed the fire’s origin as an upholstered sofa on the house’s ground floor, though its cause is still being investigated..

Pegg says the location of the fire and layout of the house blocked the victims’ ability to descend down the stairwell from the second floor.

Police have said they were called to help with the townhouse fire in southeast Hamilton late Thursday night and found six people inside who were taken to hospital.

Two adults and two children were later pronounced dead after firefighters pulled them from the second floor of the house, while two other adults were in stable condition as of early Friday morning.

Hamilton Fire Chief David Cunliffe says the department is working with the city’s legal team to pursue charges against the owner of the townhome for failing to have a working smoke alarm.

Officials did not confirm the victims’ identities, the relation between them or details about the other two people who survived, but says those details will eventually be released once confirmed.

Pegg says there were 133 fire-related deaths in Ontario in 2022 – the highest total in more than 20 years.

He urged residents to make sure they have working smoke alarms and have well-thought-out and practised home fire escape plans prepared to prevent similar deaths.

This report by The Canadian Press was first published Jan. 3, 2023. 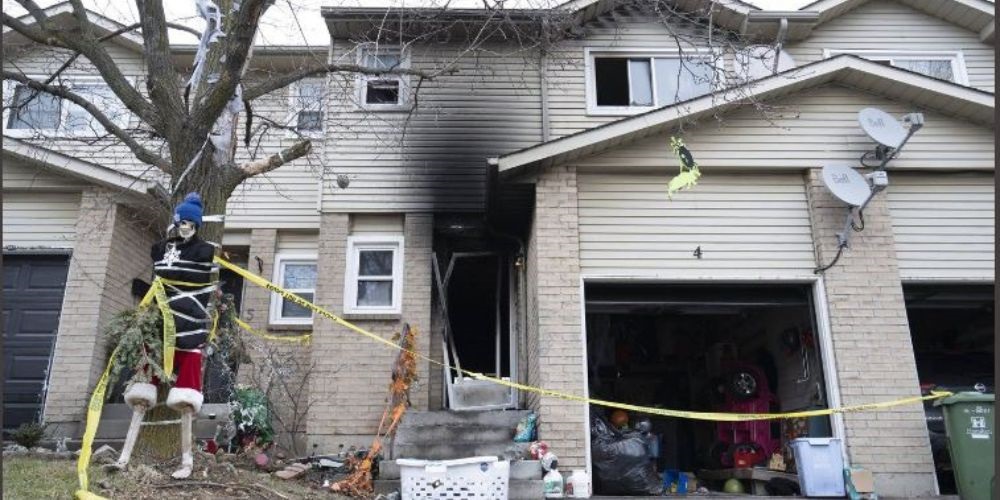