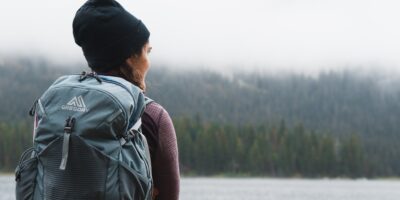 National parks will remain closed over the Victoria Day long weekend but the federal government announced the gradual reopening of parks and heritage sites on June 1st. Camping in parks will remain off limits at least until June 21.

It wasn’t immediately clear what parks and historic sites will be allowed to reopen. Trudeau says the situation differs across the country. He says the reopening dates for federal and provincial parks “will be synchronized” as much as possible. The Prime Minister says parks closer to Indigenous communities are less likely to open. While others less crowded, parks are more likely to open.

The plan involves some 38 parks and 171 historic sites, including lighthouses, forts, canals and monuments, that are administered by Parks Canada. All national parks and sites have been closed for more than a month to slow the spread of COVID-19.

“If you’re expecting a 25% drop in income this season, you’ll get support to cover 75% of your losses, up to about $10,000,” said Trudeau. “We are providing $10,000 for fish harvesters who own their own business and we’re also changing EI rules so fish harvesters can apply based on previous year’s earnings.

For farmers, aquaculture fisheries, Trudeau says they are launching $100M agriculture & food business fund through Farm Credit Canada. “This is yet another option for agri-food companies facing unexpected financial strain,” said the PM.

Trudeau also announced new boating regulations as of June 1. He says no pleasure crafts will be allowed to operate in Canada’s arctic coastal waters or in coastal areas of N. Quebec & Labrador. That ban doesn’t include boats used for essential fishing and hunting.

The prime minister opened today’s news briefing launching the Chronic Pain Centre of Excellence at McMaster University to provide veterans with “the services they need.”