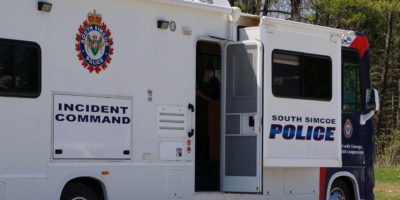 A Bradford man is facing a list of charges after police had to bring in the negotiator.

South Simcoe Police were called to a home near Melbourne Drive and Miller Park Avenue around 3:30 Wednesday afternoon, with reports of a man with a knife being confrontational to area residents. Police say the man retreated into his own home when officers arrived on scene.

Negotiations began to have the man surrender himself, he was eventually taken into custody without incident or injuries.

The 25-year-old is facing charges of Assault, Assault with a Weapon, Breach of Probation, and more.