SpaceX is gearing up for back-to-back launches on Sunday just nine hours apart, the shortest span between two Florida orbit-class flights since 1966. The launches are a dramatic bid to put 60 more Starlink internet relay stations into orbit followed by an Argentine remote sensing satellite.

At least one of the heavy-lift Delta 4’s three first-stage engines was in the process of igniting when computers commanded a shutdown just three seconds before the planned liftoff. It’s not clear what triggered the abort, but the flight will be delayed at least a week pending inspections and corrective action.

Fire erupts from the base of a United Launch Alliance Delta 4 Heavy rocket as the engine start sequence began and then shut down in a “hot-fire abort,” grounding the booster for at least a week. ULA webcast

SpaceX already had clearance from the Federal Aviation Administration and the Air Force Eastern Range to attempt back-to-back launches Sunday.

But the weather could play a role in the historic doubleheader, with forecasters calling for a 50-50 chance of acceptable weather for the morning Starlink launch, declining to 40 percent “go” for the evening launch of Argentina’s SAOCOM 1B satellite.

If the weather cooperates, the Starlink flight will take off from pad 39A at the Kennedy Space Center at 10:12 a.m. ET. It will mark SpaceX’s 100th flight since the company’s first launch of a Falcon 1 in 2006 and the 94th flight of its workhorse Falcon 9. Three triple-core Falcon Heavies also have been launched.

The 60 Starlinks set for launch Sunday will boost SpaceX’s constellation to 713. The rocket’s first stage, making its second flight, will attempt to land on an off-shore droneship after boosting the vehicle out of the lower atmosphere.

Nine hours and six minutes after the Sunday morning launch, another Falcon 9 is scheduled for takeoff from pad 40 at the nearby Cape Canaveral Air Force Station to put SAOCOM 1B into an orbit around Earth’s poles, the first such flight from Florida since 1969.

The Falcon 9’s first stage, making its fourth flight, will attempt a landing back at the Cape Canaveral Air Force Station. If the Starlink and SAOCOM landings are successful, SpaceX’s record will stand at 60 first stage recoveries, 18 at the Air Force station, 40 on droneships and two at Vandenberg Air Force Base in California.

To reach a polar orbit from Cape Canaveral, the Falcon 9 will take off on a southerly trajectory and then carry out a “dogleg” maneuver once clear of Florida’s coast to bend the trajectory more directly south. The flight path will carry the rocket over Cuba.

A Falcon 9 rocket takes off from pad 40 at the Cape Canaveral Air Force Station on the most recent Starlink mission last August. Another Starlink flight is planned for Sunday, along with the launch of an Argentine remote-sensing satellite. SpaceX

In 1960, falling debris from a malfunctioning rocket reportedly killed a cow in Cuba, prompting protests in the island nation. All polar orbit missions since 1969 have taken off from Vandenberg where rockets remain above the Pacific Ocean all the way to orbit.

SpaceX initially planned to launch SAOCOM 1B from Vandenberg, but sought permission to move the flight to Cape Canaveral to ease ground processing issues.

The company presumably won government approval for the move in part because of the dogleg maneuver, which minimizes overflight of populated areas, the rocket’s high altitude by the time it reaches populated areas farther downrange and because the Falcon 9 features an automated flight safety system. The AFTS is designed to quickly terminate a flight if an impending catastrophic problem is detected.

The 6,720-pound SAOCOM 1B requires a polar orbit to enable its cloud-penetrating radar to observe the entire planet as it rotates below. The spacecraft will work in concert with an identical L-band radar mapper launched in 2018 along with Italy’s COSMO-SkyMed X-band satellites.

Bound for a 360-mile-high orbit, the $600 million SOACOM system is designed to monitor soil moisture and a range of other factors affecting the agricultural sector, collecting high-resolution data around the clock regardless of cloud cover.

“One of the main targets of the SAOCOM satellites is to provide information for the agriculture sector,” Raúl Kulichevsky, executive and technical director of CONAE, Argentina’s space agency, told Spaceflight Now.

“One of the things we develop is soil moisture maps, not only of the surface, but taking advantage of the L-band capabilities we can measure the soil moisture 1 meter below the surface of the land. So this is very important information.” 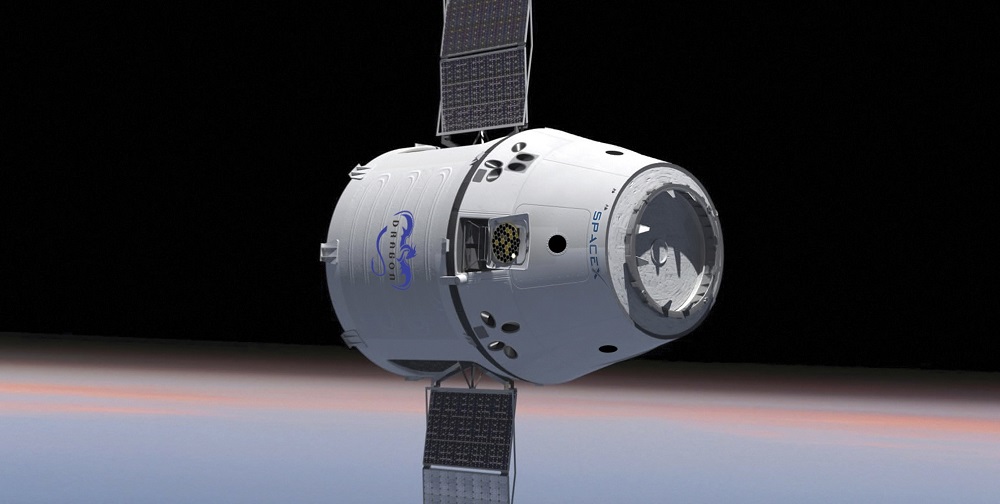 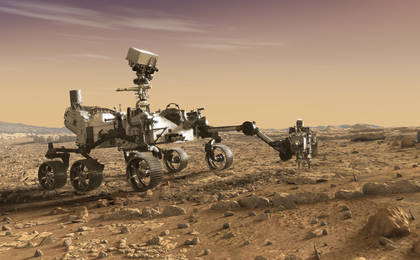