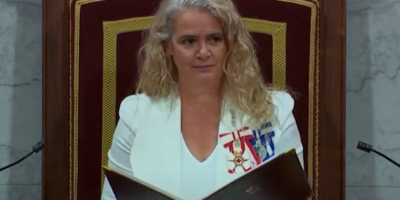 Payette says the government will take a four-pronged approach in the months and years to come: fighting the pandemic, supporting people and businesses through the crisis, building back better, and standing up for all Canadians.

The throne speech indicated the government will not wind down its federal wage subsidy as previously stated. In fact, Payette says Ottawa will work towards creating one million jobs, and will extend the wage subsidy through the summer of 2021. Ottawa will also expand its emergency business support program for businesses hardest hit, like the culture industry, travel, and airlines.

A national childcare and early education system was hinted at in Wednesday’s speech from the throne. It is expected Ottawa will work with all provinces and territories to make sure child care is available to all, according to Payette. “Flexible care options for primary school children are more important than ever,” she said Wednesday.

While the throne speech contained a variety of new initiatives, there were few specifics on plans to address them. Prime Minister Justin Trudeau is expected to address the nation during a 6:30 p.m. broadcast.