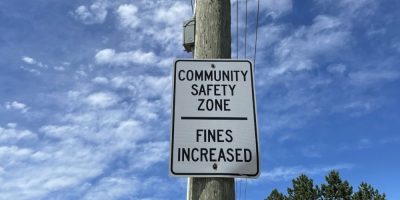 In a bid to put the brakes on speeding in school zones, Barrie council gave the green light on Monday to authorize city staff to move ahead with an automated speed enforcement (ASE) program in school and community safety zones, with a cost of $300,000 in 2022.

Coun. Clare Riepma put forward two amendments, both of which were approved, that staff look at adding two additional cameras to the plan and that staff look at the feasibility of putting community safety zones at secondary schools.

In reference to the additional cameras, Riepma said he wasn’t suggesting council commit to doing that.

He also noted that elementary jumped out at him when reading the staff report.

“We seem to have only elementary schools covered, whereas I think that also covering high schools would probably be a good idea.”

ASE is a speed enforcement system that uses a camera and a speed measurement device to detect and capture images of vehicles travelling faster than the posted speed limit in school or community safety zones. These types of charges are the responsibility of the owner and not the driver. These charges must be currently processed through a Provincial Offences court office.

The licence-plate owner will receive a digitized image of the ticket and an enlargement of the plate portion. There is a financial penalty, but no demerit points are added and the driving record of the offender is not affected.

Prior to Monday’s meeting, Barrie Police communications spokesperson Peter Leon told Barrie 360 that they don’t have a breakdown of the exact number of tickets issued in school or community safety zones, but overall the traffic unit last year wrote up about 8,600 speeding tickets.

“I think that’s a good indication our folks are out there,” said Leon. “They are enforcing the law, and they’re trying their very best to keep our streets safe. I think when it comes to traffic and road safety, we would support anything that is put in place in our community.”

The decision by general committee still requires approval at the next city council meeting on June 20.