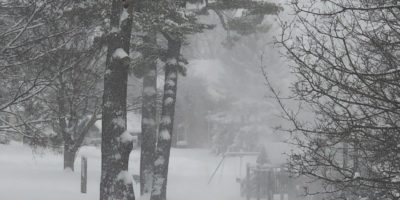 Environment Canada got out the ruler and measured 53 cm of snow in Barrie as a result of the recent snow squall activity.

The tally came in around 9:30 Saturday morning.

The difference in snowfall from one place to the next shows how localized these squall events can be.

The area around Flesherton was the most severely punished, with totals between 62 and 73 cm of snow.

March will come in like a lamb on Sunday and remain sheepish through the first week.

Daytime highs will be several degrees above zero, which is the normal high for this time of year.

In fact, a few days will push plus 5 or plus 6, with only a slight chance of showers on Monday.

By the numbers from Environment Canada: