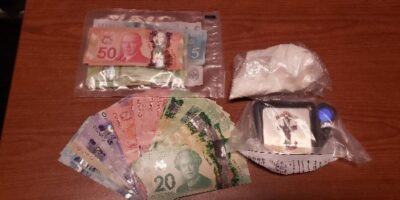 Two people are facing charges after provincial police executed a pair of search warrants in Gravenhurst on Sunday as part of a drug investigation that began in July.

Police said the Muskoka Community Street Crime Unit attempted to arrest a male on Luigi Road in Gravehurst on Aug. 4. During the arrest, the vehicle fled. The male passenger was known to police and the investigation continued.

During the search warrants on Sunday, Bracebridge OPP seized cocaine, oxycodone pills, and a quantity of Canadian currency.

A 17 year old from Toronto is up on drug charges and possession of proceeds of property obtained by crime.