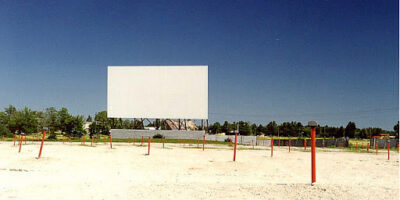 David Hayes has a busy weekend ahead of him. The general manager of Sunset Barrie Drive-in Theatre only learned mid-morning Saturday that the Ford government was going to amend emergency orders to allow drive-in theatres that were already in existence to reopen “with restrictions” as of Sunday.

Eager customers hoping for a night at the movies in their vehicles will have to wait a bit longer.

Hayes said the drive-in will open for the season on Friday, June 5. He is seeking clarity from the government when it mentions “with restrictions.”

The theatre, located on Line 4 in Oro-Medonte, has three screens. Hayes is considering his options, possibly rolling out movie classics as starters until Hollywood ramps up production and new releases delayed by COVID-19 are finally available.

Earlier this month, Hayes told Barrie 360 he would likely open at 50 per cent capacity.

” The drive-in can hold 1,015 vehicles and I will likely allow half that. Cars will have to park between the posts which will give them 10 to 12 feet between each vehicle rather than side by side. Posts will be also be numbered. I really don’t see any other way.”

Portable toilets are expected to arrive next week and Hayes said head office is supplying staff with personal protective equipment. Rules around concession stands is something Hayes is trying to get his head around. He has envisioned giving people a sheet as they enter the drive-in with a list of food and drinks they can order online from their cars, with marked posts so staff know where to find the vehicles to make deliveries. If people can physically use the concession stands, Hayes anticipates using floor markers to respect social distancing.

“I generally find if you tell people what the rules are they will respect that.” said Hayes.

Sunset Barrie usually opens in mid-March and operates until the end of October.