Barrie Police have a man in custody they believe is the suspect in separate sexual assaults in the city’s east end.

The 20 year old Barrie was put in cuffs Friday night and charged with two counts of Sexual Assault and is scheduled to appear for a video remand later today.

A woman walking on a pathway near Cheltenham Road on January 2nd reported she was sexually assaulted by the suspect. 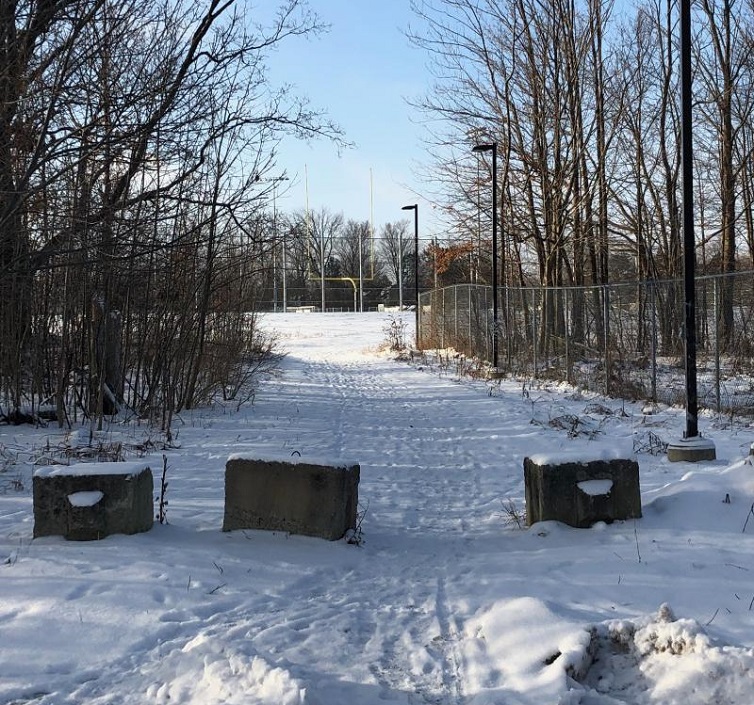 The Cheltenham Dr. pathway on which the assault is said to have taken place January 2nd

The second incident involved a pathway near Dunsmore Lane where police say a female victim was assaulted. 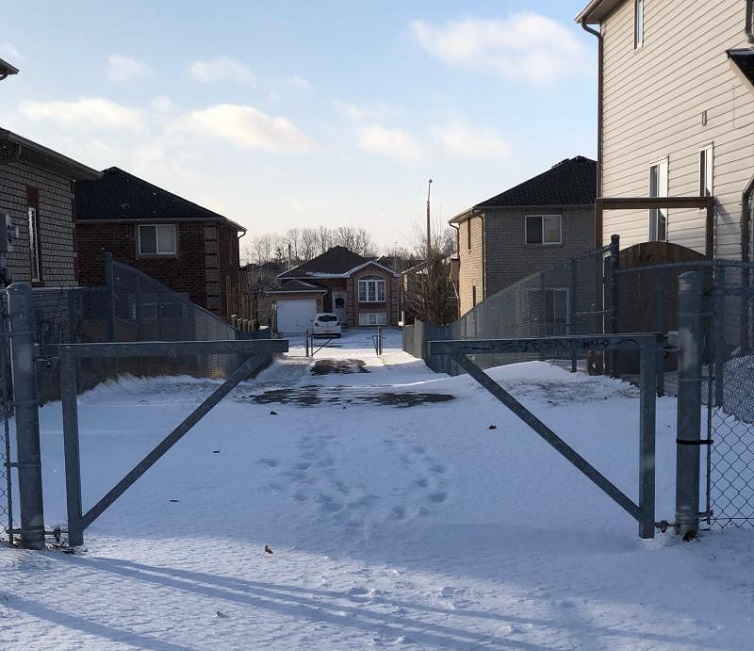 A woman reported she was assaulted on this Dunsmore Lane-area pathway January 7th.

Barrie Police reminds folks to be aware of their personal safety, and refraining from entering secluded and poorly lit areas.