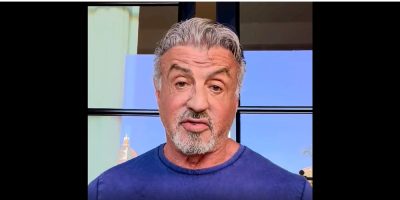 It’s been a rough couple of months for Sylvester Stallone, and now we can watch the drama unfold on the small screen.

Stallone and his family are part of a new reality show, showcasing their ups and downs, including recent marital problems.

In August, Stallone’s wife, Jennifer Flavin filed for divorce from the actor after 25 years of marriage, but the two later reconciled.

In an interview with the Hollywood Reporter, he explained that the separation will be depicted in the series.

“It’s the John Lennon thing: ‘Life is what happens when you’re making other plans.’ Hopefully, you’re involved with people who understand the foibles of life and the fragility of it and how rare a real good relationship is. Sometimes I put the work ahead of [my family], and that is a tragic mistake which won’t happen again.”

Cameras will follow Stallone, Flavin and their three daughters, Sistine, Sophia, and Scarlet.

He describes the project as “the ultimate home movie.”

“This is a chance where I’m going to be with my kids under a work condition where they get to see me in action and I get to see them in action. What you will see is the real truth. This is a great opportunity” he says.

So far, no word on what the show is called, but Stallone has joked he would like to call it “Sly and the Family Stone.”