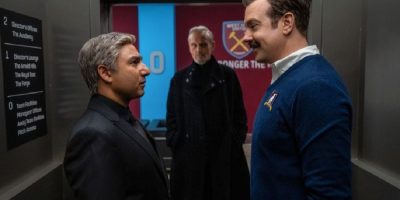 We have the first look at season 3 of Ted Lasso.

The end of last season saw Nate betray Ted by informing the press about the loveable coach’s panic attacks. He then jumped to the rival team, West Ham United, to be its head coach.

The picture shows Ted with his usual happy smile while Nate clearly still holds a grudge.

News of the latest season is bittersweet, as this will be the show’s final one.

Creators say they always meant to end the show after three seasons.

It hits Apple TV this Spring.