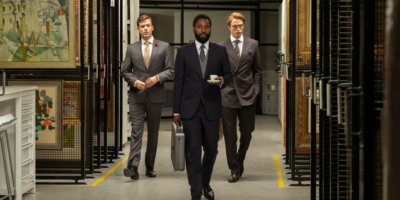 Over the past few months, we have seen delay after delay hit the highly anticipated film, Tenet, but it seems the film has finally seen the light of day and fans, critics, and fellow filmmakers can’t get enough of Christopher Nolan’s latest blockbuster.

Tenet finally started hitting theatres this week and some big names have already thrown their love behind the film, including Tom Cruise who couldn’t be more excited to be back at the big screen.

Edgar Wright, director of movies like Sean of the Dead, Hot Fuzz, and Baby Driver, also had nothing but positive things to say about the new film.

“It’s ironic the only remaining summer movie has more to chew on than what would have been the season combined. Nolan gives us another spatial fiction epic which I can’t wait to see again (forwards & back)”

A shiny new trailer was also released to get people excited for the release:

With sales leaping up all over the globe for theatre tickets, some are starting to call Tenet “The film that could save cinema”. While this might seem like a lofty goal and a tall order for one movie, if you’ve ever seen a film from Christopher Nolan (who hasn’t?) you’ll know it probably is that good.