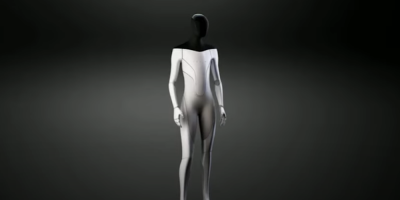 While no physical robot has been shown off yet, Elon Musk unveiled a new humanoid robot called the Tesla Bot.

According to Musk, the purpose of this robot is to eliminate dangerous, repetitive, and boring tasks and it uses the same artificial intelligence and autopilot cameras that Tesla uses in their vehicles. “Essentially, in the future, physical work will be a choice. If you want to do it, you can, but you won’t need to do it.” Musk said at Tesla’s AI Day presentation. The robot is 5-feet-8-inches tall, weighs only 125 pounds, and will also contain a screen for displaying information.

For anyone who’s worried (and rightly so), Musk has been one of the leaders when it comes to voicing concerns about the potential future dangers of A.I. Along with being careful with the internal systems, Musk was quick to point out the robot was designed for a human to easily overpower or outrun it.

Once again, nothing physical was shown off at the presentation (besides a very weird moment of a real person in a Telsa Bot costume) but Musk stated a prototype would likely be ready sometime next year.