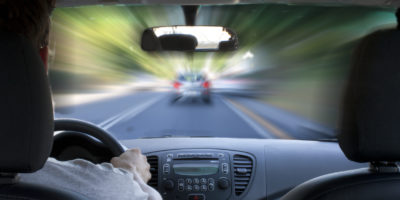 Const. Ian Michel of the Caledon OPP Traffic Unit says at this point it’s more complicated to test for drugs like cannabis or marijuana than booze, because there really isn’t a roadside device.

“With an alcohol-impaired driver, you can do the approved roadside screening test,” he said. “It will give you the fail or the alert, and then if it’s the fail you bring them back (to the police station) and then do the breathalyzer test right there.”

But there are more and different steps to detect a drug-impaired driver, said Const. Michel.

“The main way that we are doing it right now is standardized field sobriety tests. They can be used for alcohol and drugs. It consists of … the walk-and-turn test, single-leg raised test, pen and eyes,” he said.

“Depending on how they do on those tests … it’s not a pass or fail, it’s you do well or you don’t do well. Then if there are signs of impairment there, you get arrested, brought back to a detachment, where a drug recognition expert is called to perform further tests.”

Then it’s another set of physical tests, checking blood pressure and pupil dilation. If police believe the driver is impaired by drug, urine or blood samples can be requested. That can show an actual breakdown of what the narcotic might be, and the level of it.

The technology is catching up, however.

Late last year, OPP purchased new units by Draeger which detect the presence, but not level, of cannabis and cocaine in a driver’s saliva.

“We don’t use that device for criminal investigations,” Const. Michel said. “That device is only used currently when an officer stops a novice driver or a commercial motor vehicle driver, because they are not allowed to have any THC or cocaine in their body.”

There’s an oral swab taken, so the driver has to be brought to the device. It’s only used for a driver’s licence suspension or a ticket.

Health Canada says THC is responsible for the way your brain and body responds to cannabis – including the high and intoxication.

“Everybody is new to this legalization of cannabis and the learning curve right now for everybody is still quite large,” he said. “That’s why we are trying to get more officers trained on the standardized field sobriety test, so at least we can utilize those tests at the side of the road, and those are being done on a regular basis.”

The law allows police to test for alcohol or cannabis on almost anyone, Const. Michel said, but what most officers are using is reasonable suspicion. Officers are also still being trained on the signs of narcotic impairment.

“Our main desire is that people don’t drink or drive or smoke up and drive,” he said. “We’d love it to be zero, obviously.

The OPP has breath testing and drug recognition evaluator officers who specialize in alcohol and drug testing, and detection, but Const. Michel says there are not yet enough.

Police also have the latest approved screening device in Ontario, the Draeger Alcotest 6810, which gathers evidence related to blood-alcohol content and the detection of the drunk driving offence of driving ‘over 80’.

In Ontario, blood alcohol content does not have to be more than the 0.08 legal limit to have serious consequences. Registering 0.05 to 0.08 is in the ‘warn’ range, and can result in administrative penalties.

The Cannabis Act became law on Oct. 17. 2018 in Canada. Its provinces and territories are responsible for how cannabis is distributed and sold within their jurisdictions.