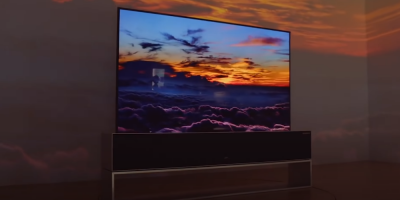 LG has unveiled its newest TV called the Signature OLED R and besides being ludicrously expensive, it’s also very cool.

Coming in at a whopping $100,000 (US), the Signature OLED R is easily one of the most expensive TVs on the market and a few zeros more than your average 4K display. It originally debuted in South Korea and is making its way to the United States (and beyond) soon.

So what do you get for all the dough? Well, Along with it’s 65-inch display, built-in sound system, and Google Assistant capabilities, the big feature for this TV is its ability to roll itself neatly into its own housing unit. Useful? Not really. Slick and cool? Absolutely.

The TV is reportedly hitting store shelves in the US in August so we might see it come up North soon after that.